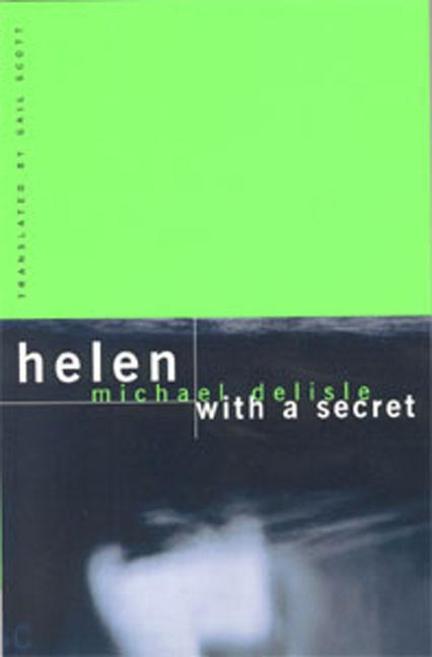 These stories go through you like the winds of the city of Cleveland, Ohio, land of tornadoes and of Helen's secret. Delisle plunges his characters into the troubled waters of memory and sensuality, beset by childhood scars and the long shadows of difficult adolescence. Delisle writes at the very edge of battered sensibility, where literature recombines with life in writing that is like song.
Michael Delisle has published several collections of poetry, including Fontainebleu, winner of the Emile Nelligan Prize. He is the author of the novels Dée, Private Drama and The Sailor's Disquiet; and Helen with a Secret is his first collection of stories.
Gail Scott's translation of Michael Delisle's The Sailor's Disquiet was shortlisted for the Governor General's Award for translation. My Paris, translator Gail Scott's sixth book and third novel, a fictive diary set in 90s Paris, authored by a sad diarist whose travel companions include Walter Benjamin and Gertrude Stein, was named one of the top 10 novels published in Canada in 1999 by Quill & Quire, Canada's book trade magazine.

Michael Delisle has published several collections of poetry, including Fontainebleu, winner of the Emile Nelligan Prize. He is the author of the novels Dée, Private Drama, and The Sailor’s Disquiet. Helen with a Secret, translated by Gail Scott, is his first collection of stories.

Gail Scott is an experimental novelist. The Obituary (New York, Nightboat, 2012; Coach House, 2010), a ghost story set in a Montreal triplex, was a 2011 finalist for Le Grand Prix du Livre de la Ville de Montreal. Other novels include My Paris (Dalkey Archive), about a sad diarist in conversation with Gertrude Stein and Walter Benjamin in late 20th century Paris, Main Brides and Heroine. Spare Parts Plus 2 is a collection of stories and manifestoes. Essays are collected in Spaces Like Stairs and la theorie, un dimanche (translated as Sunday Theory from Belladonna, NY, 2013). Scott's translation of Michael Delisle's Le D'asarroi du matelot was shortlisted for the Governor General's award in 2001. Scott co-founded the critical French-language journal Spirale'(Montreal) and is co-editor of the New Narrative anthology: Biting the Error: Writers Explore Narrative (Toronto: Coach House, 2004). She is currently completing a memoir based in Lower Manhattan during the early Obama years.

Other titles by Michael Delisle

Other titles by Gail Scott