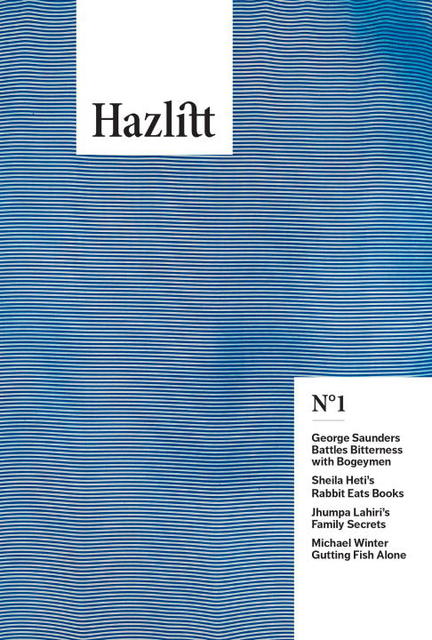 Featuring George Saunders, Jhumpa Lahiri, Sheila Heti, filmmaker Xavier Dolan, Joseph and Amanda Boyden, among many others, Hazlitt #1 collects some of the greatest hits and seminal tracks previously published on the website alongside newly commissioned work.

We believe that everyone should read a lot and not be boring.

Christopher Frey is the Editor-in-chief of Hazlitt and the director of digital publishing at Random House of Canada. A five-time National Magazine Award-winner, he has contributed to the Globe and Mail, The Walrus, Azure, Maisonneuve, and CBC Radio, and is the Toronto correspondent for Monocle magazine.

Jeremy Laing is an internationally acclaimed clothing designer based in Toronto. Before launching his own eponymous line in 2005, Laing apprenticed under Alexander McQueen. In 2011 he was a finalist for France's prestigious ANDAM Fashion Award.

Other titles by Hazlitt Staff