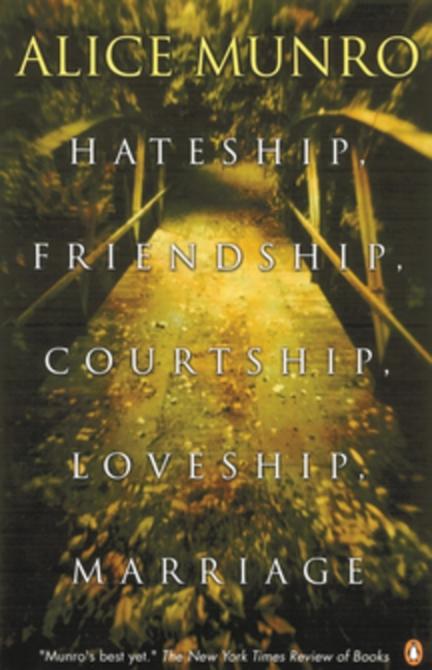 In this superb new collection from one of our best and best-loved writers, nine stories draw us immediately into that special place known as Alice Munro territory?a place where an unexpected twist of events or a suddenly recaptured memory can trace the arc of an entire life.

The fate of a strong-minded housekeeper with a "frizz of reddish hair,"just entering the dangerous country of old-maidhood, is unintentionally (and deliciously) reversed by a teenaged girlÕs practical joke. A college student, visiting her aunt for the first time, stumbles on a long-hidden secret and its meaning in her own life. An inveterate philanderer finds the tables turned when he puts his wife into an old-age home. A young cancer patient, stunned by good news, discovers a perfect bridge to her suddenly regained future. A woman, remembering an afternoon's wild lovemaking with a stranger, realizes how the memory of that encounter has both changed for her and sustained her through a lifetime.