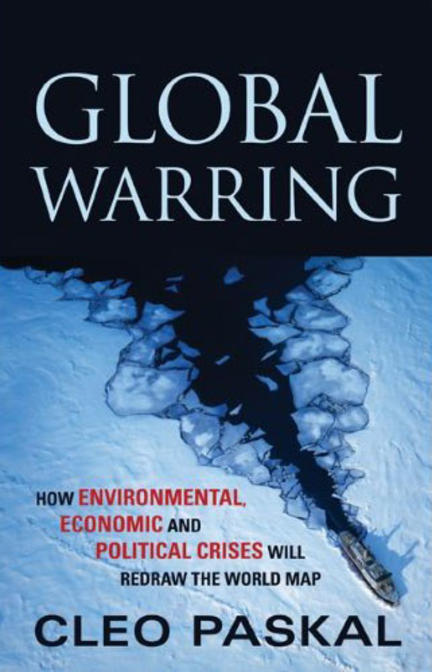 The Cold War was never this hot!
We live in interesting times. The biggest western economic institutions are crumbling, what were once marginalized voices are now dominating international negotiations, and touchstone climate events, such as the monsoon, are failing. Everywhere you look economic, geopolitical and environmental assumptions are being shaken to the core. The world is changing. Fast.

Global Warring examines these trends by combining insightful economic and political analysis with the most likely environmental change scenarios. It identifies problem areas that could start conflicts (access to water and resources in Asia), economic trends that are shifting the balance of power (China&rsquo;s policy of nationalistic capitalism), and geopolitical realignments (the burgeoning strategic partnership between the United States and India).

Award-winning writer and geopolitical expert Cleo Paskal makes sense of this overwhelming topic by dividing it into five sections: how seemingly impervious western nations, such as the United States, are shockingly vulnerable to hurricanes, storm surges and rising sea levels, and what that could mean for their internal stability and economic development; how the thawing Arctic is opening up a whole new arena for power politics as some of the world&rsquo;s biggest countries wrangle for control over vast resources, strategic shipping routes such as the Northwest Passage and geopolitical leverage; how changing precipitation patterns, extreme weather and water shortages are creating severe disruptions in India and China, and how that could affect their relations with each other, and the world; how rising sea levels may shift borders and alter the very notion of statehood, potentially challenging international law to the breaking point; and, finally, what could happen in coming decades, and how to avoid the worst of it.

Paskal combines ten years of research; the latest findings from the Hadley Centre and the United Nations; and interviews with top political, security and economic strategists with her own extensive travel as a foreign correspondent. The result is a penetrating, accessible, compelling, and chilling reminder that Global Warring is not only coming, it&rsquo;s here.

&ldquo;In a clear, comprehensive and alarming analysis, Cleo Paskal underlines the geopolitically disruptive potential of climate change. Arguably this is the biggest challenge to human society since the Ice Age or the Black Death and it is not clear we are any readier? to respond adequately to ours than were our unfortunate ancestors to theirs.&rdquo;?-- Guy Stanley, Desautels Faculty of Management, McGill University.

Award-winning journalist CLEO PASKAL has written for The Economist, The Independent, The Times, the National Post, The Globe and Mail, Australian Financial Review, The Times of India, and Japan Times, among others. She lives in Montreal, Quebec.