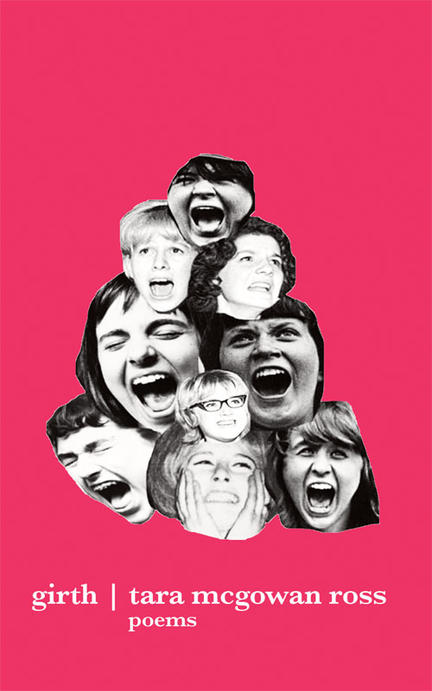 From disordered eating to tear gas to coked-out sex, Girth is an uncomfortably honest poetic account of a woman's body, suspended in the tension between action, reflection, and self-destruction. As the speaker attempts to engage in political protest and to be a meaningful part of the political process, she also must overcome her chronic eating disorder. She finds herself impeded by the stumbling blocks of identity, violence, and politics, and the way those things manifest under the skin: as memory, as habit, as pain, or as stillness. A love letter to the best and worst parts of the self, a love letter to the uneasy contradiction in the moment before a decision, a love letter to the state and the process of learning its limits, Girth is at once confrontational and familiar, grappling with the personal, the political, and every other word that means "body" or "I'm sorry."

Tara McGowan-Ross is an urban Mi’kmaw multidisciplinary artist and writer. She is the host of Drawn & Quarterly’s Indigenous Literatures Book Club, a critic of experimental and independent Montreal theatre, and an editor for Insomniac Press. She is the author of Girth and Scorpion Season. Tara lives in Montreal.

Other titles by Tara McGowan-Ross

Nothing Will Be Different