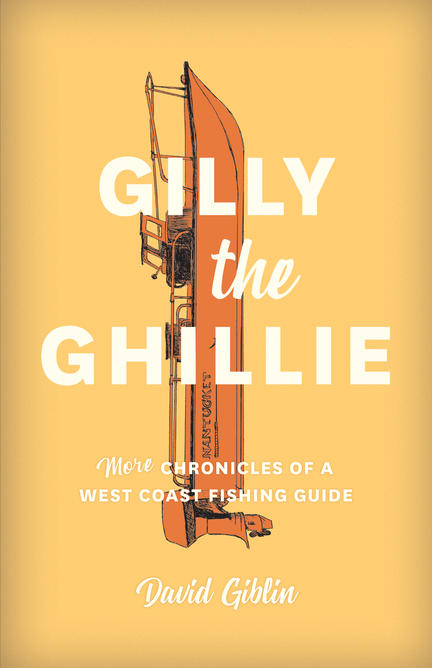 "David Giblin is a marvellous storyteller."—Ian Ferguson, author of The Survival Guide to British Columbia

David Giblin's stint as a seasonal salmon fishing guide on Stuart Island provides a seemingly endless supply of hilarious and bizarre stories that reveal as much about the quirkiness of small coastal communities as they do about human nature itself. Now, in his second book of short interconnected stories set in the 1980s, Giblin introduces us to Gilly, the first female fishing guide to grace the tiny island, whose mere presence is enough to shake the foundations of the very insular, all-male guiding community. With the return of delightfully eccentric characters including VOP, Troutbreath, Lucky Peterson, and Wet Lenny, this rollicking maritime adventure will appeal to anyone who ever gutted a fish and lived to tell the tale.

David Giblin worked for fifteen years as a salmon fishing guide at Stuart Island, roughly forty miles east of Campbell River—a fertile environment for the incubation of great fishing stories. He is a visual artist and the author of The Codfish Dream, which as an unpublished manuscript was a finalist in the Cedric Literary Awards in the creative non-fiction category.

"A winningly entertaining set of linked stories concerning the lives of fishing guides and their clients along the upper B.C. coast. The foibles of characters such as Baba, Troutbreath, and the eponymous Gilly, along with the author's understated dry humour, beg the question—what will they get up to next?" —Don Hunter, author of the Leacock Award-shortlisted Spinner's Inlet and Return to Spinner's Inlet

Other titles by David Giblin