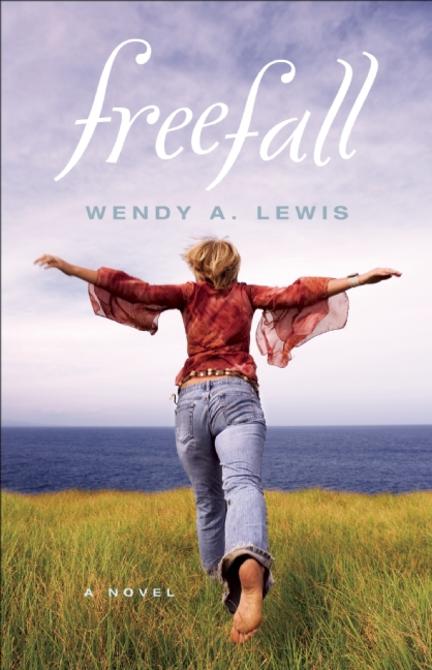 Seventeen-year-old Airin Marks is funny, bright, and has big dreams: to become a writer and learn to fly. But she also has a secret—a secret that comes with guilt, bad memories, and more than a few nightmares.
Nineteen-year-old Ry Truman is unorthodox, headstrong, and passionate about one thing above all others: skydiving. But like Airin, he's got some baggage—in the form of an ex-girlfriend who's left him with a particularly nasty parting gift.
When the pair meets at the drop zone Ry's opened near Airin's home, sparks fly. But this won—t be a simple summer romance. For one thing, neither is ready to dive headfirst into a relationship. For another, Airin's overprotective stepfather has a thing or two to say about her new obsession. And then there's Diego Montgomery—the strange writer who's taken to hanging around the zone to research his next novel. But Diego's attention seems more focused on Airin than on anything else, and before long, both Ry and Airin start to wonder if Diego really is who he says he is.
Told in the alternating voices of Airin and Ry, and set against the exuberant world of skydiving, Freefall is a gripping, unforgettable story that builds to a devastating climax. A perfect summer read.
?Lewis tugs at both the heart and the head, and creates not just a story but a universe. We, the readers, are richer for it.??Vicky Metcalf Short Story Award Committee

Wendy A. Lewis was born in Ottawa but has spent most of her life near Leaskdale, Ontario, where one of her favourite authors, L. M. Montgomery, wrote many of her books. Wendy always knew she wanted to be a writer, and for years she wrote bits and pieces of stories. She also studied English Literature at the University of Toronto, worked as a tutor, a retail store owner, and in sales, marketing and public relations positions. Finally she realized that to get a story published, you have to finish writing it! So that's what she did.
She is the author of several stories and books used as classroom readers, as well as the picture book In Abby's Hands, and Graveyard Girl, a collection of stories for teens, which received the Canadian Authors' Association Vicky Metcalf Award for excellence in young adult short fiction. To get at the heart of her stories, Wendy has prowled through cemeteries, jumped out of airplanes and counted the eggs of a giant leatherback turtle in Costa Rica.
Sometimes Wendy gets ideas for stories from real events. One day, her daughter came home with a leopard frog she had named Cheetah. During the week that Cheetah lived with the family, Wendy could see how sad Amelia got when grown-ups kept asking "when are you taking the frog back to the pond?" That's how the chapter book, Cheetah, came to be written.
Wendy loves to visit schools and libraries to talk about the writing process and conduct creative writing workshops. She lives in Uxbridge, Ontario with her husband, two daughters, two teddy bear hamsters, a Rag Doll cat, a Betta fish, and occasionally, a visiting frog.

Sixteen-year-old Airin Grace Marks was born to fly! Captivated by airplanes from a young age, she is as obsessed with her model planes as her best friend Carlotta is with boys. So when a skydiving school opens in her hometown, Airin wastes no time applying for a job. She is anxious to earn money to pursue her other dream: embarking on a road trip and devoting herself completely to her writing.

Ry Truman is the young owner of this new school and he is thrilled to welcome Airin into his world. And he can’t resist sharing his passion for skydiving with her, encouraging her to discover the joys of flying free. However, Airin and Ry are each battling their owns demons. Ry believes that he can’t allow himself to fall for this beautiful, thoughtful young woman. Meanwhile, Airin is grappling with horrors from her past. Becoming part of the team at Skydive Gottanother helps her to open up to life’s possibilities, but when Diego Montgomery, an author doing research at the school, offers her the opportunity to hone her writing skills with him at his home in Mexico, she has no idea of where this gesture will ultimately lead.

Told from the alternating viewpoints of Airin and Ry, this is a unique and unforgettable young adult novel. It is filled with characters that are so vivid and true that they fairly leap off the page. Author Wendy Lewis has chosen a fascinating backdrop for her story: the wonderful world of skydiving. She skillfully draws readers into this world right along with Airin, and using exquisite images and lyrical prose she enables us to experience all the magic and grace of being airborn. She also manages to tackle some weighty issues without allowing her story to become mired in darkness or despair. Rather, it is a story of hope in the face of tragedy, a story of the resilience of the human spirit and of watching one girl oh-so-carefully finding a way to spread her wings and soar.

Other titles by Wendy A. Lewis

Fire on the Water

by (author) Wendy A. Lewis
illustrated by Graham Ross