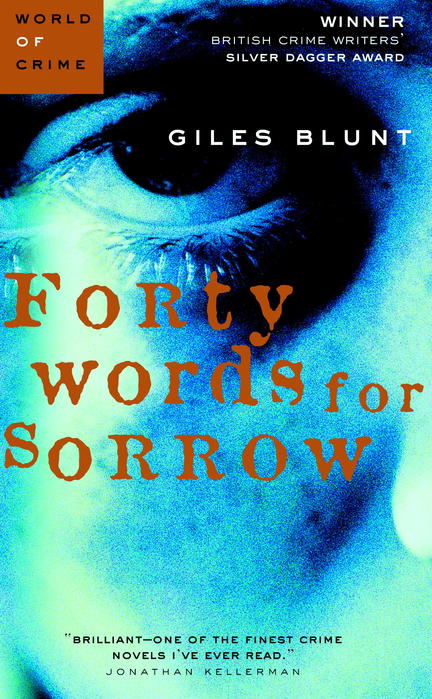 The first in a series of spine-chilling thrillers featuring Detective John Cardinal and enjoying international raves!

When four teenagers go missing in the small northern town of Algonquin Bay, the extensive police investigation comes up empty. Everyone is ready to give up except Detective John Cardinal, an all-too-human loner whose persistence only serves to get him removed from Homicide. Haunted by a criminal secret in his own past, and hounded by a special investigation into corruption on the force, Cardinal is on the brink of losing his career — and his family.

Then the mutilated body of thirteen-year-old Katie Pine is pulled out of an abandoned mineshaft. And only Cardinal is willing to consider the horrific truth: that this quiet town is home to the most vicious of serial killers. With the media, the provincial police and his own department questioning his every move, Cardinal follows increasingly tenuous threads towards the unthinkable. Time isn't only running out for him, but for another young victim, tied up in a basement wondering how and when his captors will kill him.

Evoking the Canadian winter and the hearts of the killers and cops in icily realistic prose, Giles Blunt has produced a masterful crime novel.

Giles Blunt grew up in North Bay, Ontario, and now lives in New York City. He’s written scripts for Law & Order, Street Legal and Night Heat, and is the author of Cold Eye. He is at work on his next crime novel, The Delicate Storm, also set in the fictional town of Algonquin Bay and featuring Detective John Cardinal.

It gets dark early in Algonquin Bay. Take a drive up Airport Hill at four o'clock on a February afternoon and when you come back half an hour later, the streets of the city will glitter below you in the dark like so many runways. The forty-sixth parallel may not be all that far north; you can be much further north and still be in the United States, and even London, England, is a few degrees closer to the North Pole. But this is Ontario, Canada, we're talking about, and Algonquin Bay in February is the very definition of winter: Algonquin Bay is snowbound, Algonquin Bay is quiet, Algonquin Bay is very, very cold.

John Cardinal was driving home from the airport where he had just watched his daughter, Kelly, board a plane bound for the United States by way of Toronto. The car still smelled of her-or at least of the scent that had lately become her trademark: Rhapsody or Ecstasy or some such. To Cardinal, wife gone and now daughter gone, it smelled of loneliness.

It was many degrees below zero outside; winter squeezed the car in its grip. The windows of the Camry were frosted up on both sides, and Cardinal had to keep scraping them with an ineffective plastic blade. He went south down Airport Hill, made a left onto the bypass, another left onto Trout Lake Road, and then he was heading north again toward home.

Home, if you could call it that with both Catherine and Kelly gone, was a tiny wooden house on Madonna Road, smallest among a crescent of cottages set like a brooch along the north shore of Trout Lake. Cardinal's house was fully winterized, or so the real estate agent had told them, but "winterized" had turned out to be a relative term. Kelly claimed you could store ice cream in her bedroom.

His drive was hidden by four-foot-high snowbanks, so Cardinal didn't see the car blocking his way until he almost rear-ended it. It was one of the unmarkeds from work, great pale clouds of exhaust blasting out from behind. Cardinal reversed and parked across the road. Lise Delorme, the Algonquin Bay police department's entire Office of Special Investigations, got out of the unmarked and waded through the exhaust toward him.

The department, despite "great strides toward employment equity," as the bureaucrats liked to phrase it, was still a bastion of male chauvinism, and the general consensus around the place was that Lise Delorme was too-well, too something-for her job. You're at work, you're trying to think, you don't need the distraction. Not that Delorme looked like a movie star; she didn't. But there was something about the way she looked at you, McLeod liked to say-and for once McLeod was right. Delorme had a disturbing tendency to hold your gaze just a little too long, just a split second too long, with those earnest brown eyes. It was as if she'd slipped her hand inside your shirt.

In short, Delorme was a terrible thing to do to a married man. And Cardinal had other reasons to fear her.

"I was about to give up," she said. Her French Canadian accent was unpredictable: one hardly noticed it most of the time, but then final consonants would disappear and sentences would sprout double subjects. "I tried to phone you, but there was no answer, and your machine, it's not working."

"I switched it off," Cardinal said. "What the hell are you doing here, anyway?"

"Dyson told me to come get you. They've found a body."

"Got nothing to do with me. I don't work homicides, remember?" Cardinal was trying to be merely factual, but even he could hear the bitterness in his voice. "You mind letting me through, Sergeant?" The "Sergeant" was just to nettle her. Two detectives of equal rank would normally address each other by name, except in the presence of the public or around junior officers.

Delorme was standing between her car and the snowbank. She stepped aside so Cardinal could get to his garage door.

"Well Dyson, I think he wants you back."

"I don't care. You mind backing out now, so I can plug my car in? I mean, if that's okay with Dyson. Why's he sending you, anyway? Since when are you working homicides?"

"You must have heard I quit Special."

"No, I heard you wanted to quit Special."

"It's official now. Dyson says you'll show me the ropes."

"He's not here yet. Some guy from Toronto."

"Fine," Cardinal said. "Doesn't make the slightest difference. You gonna get lost now? It's cold, I'm tired, and I'd kind of like to eat my supper."

"They think it could be Katie Pine." Delorme scanned his face while Cardinal took this in, those solemn brown eyes watching his reaction.

Cardinal looked away, staring out into the blackness that was Trout Lake. In the distance the headlights of two snowmobiles moved in tandem across the dark. Katie Pine. Thirteen years old. Missing since September 12; he would never forget that date. Katie Pine, a good student, a math whiz from the Chippewa Reserve, a girl whom he had never met, whom he had wanted more than anything to find.

The phone began to ring inside the house, and Delorme looked at her watch. "That's Dyson. He only gave me one hour."

Cardinal went inside. He didn't invite Delorme. He picked up the phone on the fourth ring and heard Detective Sergeant Don Dyson going on at him in his chilly quack of a voice as if they had been separated in the middle of an argument and were only now, three months later, resuming it. In a way, that was true.

"Let's not waste time going over old ground," Dyson said. "You want me to apologize, I apologize. There. Done. We got a body out on the Manitou Islands, and McLeod is tied up in court. Up to his ears in Corriveau. Case is yours."

Cardinal felt the old anger burning its way into his veins. I may be a bad cop, he told himself, but not for the reasons Dyson thinks. "You took me off homicide, remember? I was strictly robbery and burglary material, in your book."

"I changed your case assignments, it's what a detective sergeant does, remember? Ancient history, Cardinal. Water under the bridge. We'll talk about it after you see the body."

"Cardinal, you're back on homicide, all right? It's your investigation. Your whole stinking show. Not that it has to be Katie Pine, of course. Even you, Detective Has-To-Be-Right, might want to keep an open mind about identifying bodies you haven't seen. But if you want to play I Told You So, Cardinal, you just come into my office tomorrow morning, eight o'clock. Best thing about my job is I don't have to go out at night, and these calls always come at night."

"That's not my decision, Cardinal, and you know it. Lake Nipissing falls under the jurisdiction of our esteemed brothers and sisters in the Ontario Provincial Police. But even if it's the OPP's catch, they're going to want us in on it. If it is Katie Pine or Billy LaBelle, they were both snatched from the city-our city-assuming they were both snatched. It's our case either way. 'If I go,' he says."

"I'd rather stick with burglaries, unless it's my show as of this moment."

"Have the coroner toss a coin," Dyson snapped, and hung up.

Cardinal yelled to Delorme, who had stepped in out of the cold and was standing diffidently just inside the kitchen door. "Which one of the Manitous are we on?"

"Windigo. The one with the mine shaft."

"So we drive, right? Will the ice take a truck?"

"You kidding? This time of year, that ice would take a freight train." Delorme jerked a mittened thumb in the direction of Lake Nipissing. "Make sure you dress warm," she said. "That lake wind, it's cold as hell."

"Don’t read it just because it’s a good crime novel and because once you’ve begun, you won’t put it down until you’re finished. Read it because it’s excellent."
—Margaret Cannon, The Globe and Mail

"The final pages present the sort of ending rare in crime fiction, one which compels readers to congratulate everybody in sight — themselves, the book’s characters and particularly the author."
—The Toronto Star

"Forty Words for Sorrow is the most horrifying horror story since Silence of the Lambs."
—The Los Angeles Times

Other titles by Giles Blunt

By the Time You Read This

Canadian books stand up as some of the finest in the world.