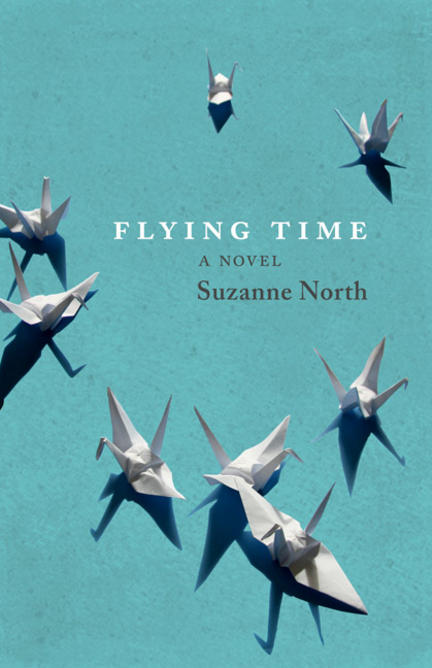 In 1939, Kay Jeynes, a lively, ambitious young working-class woman, goes to work for the only Japanese businessman in town, the elderly, wealthy, Oxford-educated Mr. Miyashita. Despite differences in their age, race, and class, a friendship develops between them in the peaceful vacuum of Mr. Miyashita’s office. But outside, on the city streets, a dark chapter in North American history is taking shape. As war looms, relations between Canada and Japan grow steadily worse. Travel outside North America becomes impossible for Mr. Miyashita, so he asks Kay to cross the Pacific Ocean, even as the Imperial Navy is manoeuvring into position for the attack on Pearl Harbor. He sends her to Hong Kong on the famous Pan American Clipper to collect a precious family heirloom. On this journey, Kay commits some seemingly small sins of omission. But in the paranoid climate of the times, these little white lies put Mr. Miyashita at risk of being arrested as a spy.

Told through the eyes of an older Kay, and set during the turbulent and racially charged times of the Second World War, Flying Time is a triumphant story of love and adventure, the impetuosity of youth and the regrets of age.

Suzanne North was born and raised in Calgary and now lives in Saskatoon. She is the author of the Phoebe Fairfax mystery series and has written for magazines as well as for CBC Television and documentary films. She has also worked variously as a bibliographic searcher at a university library, a waitress, a high school teacher, a television announcer, a pianist at a ballet school, and an unbalanced bookkeeper. Flying Time is her first literary novel.

"Flying Time first captures and holds interest with its beautiful story-telling and then takes a suspenseful turn, leading it to 'can't-put-it-down' territory." —Alberta Views

Suzanne North chatted about her Saskatchewan Book Award nominations, Flying Time , and the real Mr. Miyashita with the host of Radio Book Club on CFCR.

"Anyone who has read Suzanne North’s mysteries knows that she can spin a great yarn. In Flying Time, she reveals herself to be, quite simply, a wonderful writer. Her new novel is filled with unforgettable characters in a richly imagined world. The result is original, genuinely moving and completely enjoyable." —Candace Savage, author of A Geography of Blood, winner of the 2012 Hilary Weston Writers’ Trust Nonfiction Prize

"North, an accomplished mystery writer, has crafted a very readable story, and has a deft touch with dialog. She has done some credible research into a long-past time and place in bringing this story to life." —Pan Am Historical Society

"Flying Time is about how people used to talk, how they used to think. It’s about how a city used to be. It’s a story about memory, of civic and national tragedy, set against the epochs of geological time that have been brushed to the surface." —The Winnipeg Review

"While [Suzanne North] is delivering a wealth of history, geology, art and Canada during the war, she also serves up a cracking good...rich memoir of an interesting life." —Calgary Herald

"North has a completely engaging style." —The Saskatoon StarPhoenix

"Suzanne North’s Flying Time is a beautiful novel, brimming with intelligence, heart and wit. At the centre of the novel is protagonist Kay Jeynes’ journey from San Francisco to Hong Kong on the Pan American flying boat. Kay is fundamentally changed by what the trip teaches her about love, loss and life. Flying Time is transformative for readers too. Don’t miss the experience!" —Gail Bowen, author of the Joanne Kilbourn Shreve mystery series

"Flying Time is a beautifully written evocation of a particular time in the life of Canadians. Most importantly it is a book with a heart, a brain and a funny bone." —Gail Bowen

"Flying Time is not a flattering portrayal of Canada. It takes a hard, critical look at the undercurrents of racial tension that cut the [Japanese people] out of Calgary society, and the government-endorsed racism that saw them and thousands like them interned and their possessions sold off years later." —The National Post