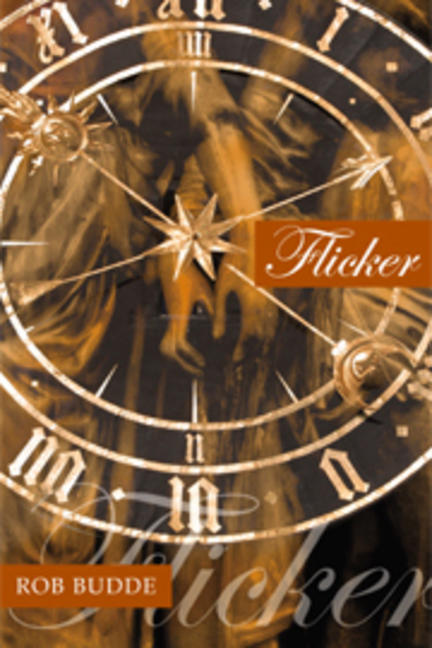 Call it what you will—the short-short story, the prose poem, micro-fiction—this unusual form has recently come to the public consciousness via the Governor General’s Awards. Now accomplished poet, anthologist and novelist Rob Budde, who calls them "flickers," uses the form to convey glimpses of narrative and character, or story, through the intense personal imagery of poetry.

Flicker is made up of short prose pieces, many with the emotional intensity of lyric poems. While a narrative arc penetrates the pieces and binds many of them together, the tightly constructed language and profoundly personal imagery tell another story, the emotional heartbeat that lives beneath language. A young man’s summer in the bush becomes a dark, frightening and mysterious meditation on the meaning of wood. The old man for whom he works is seen through the narrator’s eyes becoming a gnarled relic of the forest, the tree as human.

These stories of youth and experience lure the reader in through plot and characterization using the subjective immediacy of poetry, creating what might one day be called "the flicker effect."

Rob Budde teaches Creative Writing at the University of Northern BC and has taught previously at the University of Winnipeg and the University of Manitoba. He has published seven books of poetry, fiction, and short fiction. He has been a finalist for the John Hirsch Award for Most Promising Manitoba Writer and the McNally-Robinson Manitoba Book of the Year. In 1995, Budde completed a PhD in Creative Writing at the University of Calgary. Recently Budde published a book of poetry titled Finding Ft. George, a collection of poems about Rob s growing relationship with Prince George and Northern BC. Rob lives in Prince George with his partner, Debbie Keahey and four children: Robin, Erin, Quinlan, and Anya. Check out his poetry blog: www.writingwaynorth.blogspot.com

The backwoods cabin huddled against the edge of annihilation, the forest stretching to the north, civilization at bay to the south. The place teetered between them: threatening to topple into nothingness, the wooded hills stretching mile after mile, threatening to be engulfed by ordered boredom, the known, the streetsigns and all-night convenience stores of the gridded city. Here we hinged: intervening, exploring, translating.

We worked to fill the shed with wood for the winter, worked to supply wood to the neighbours, worked late to feed the wood furnaces and fireplaces, ovens and kilns. I had come from the city to stay for the summer and was met by the silence of the old man and the deeper silence of the forest. Me, an absence, him, a silence.

That's why I missed the mark, why the axe-handle snapped, firing off my hands, the steel hungry, my leg an opening... then, the smell of wood chips, my quick intake of pain. Breath. Breath.

There, by the wood pile in the faint edges of twilight, the crazy wood waited. He knew the crazy wood. He knew. But would the sharp air and shadows of dusk allow me the same knowledge?

It seemed there wasn't much the old man didn't know. I set the big chunks of wood on the chopping block as he rattled off bits and pieces of that calcified mind. The axe-strokes made a strange punctuation. The held-breath swish thud-impact, the snap crack and tumble. I caught them. A quick duck into his rhythms, keeping even with his angular motions. I stacked the wood, the new surfaces gleamed wet, ridged and whorled.

The woods rumbled with his gruff voice, the rise and fall of his words. I caught them, trusting to the tact of routine, the seduction of synchronization. My youth was immeasurable. I followed his eyes as he looked out through the trees, collecting the scattered bits of time lodged in his shrinking body. Scraps of battlefield flesh in trenches, smugglers on a searing hot street in a nameless desert city, the ocean that swallows hope of anything but sky and salt in your wounds, the bush holding onto sanity like a tool handle, desperate. The sweet taste of mango, the rich smells of spices which no longer exist, the soft mist of green lagoons. The wives he had known, some too brief, others too long. God sometimes. And his wood. Like a brother, he spoke about his wood.

Said he'd seen a man making love to a tree, heard him whisper to it, its surfaces enchanting, ancient, deceptively alive. The man curled himself around the trunk at night praying for rain.

Said he'd seen a man impaled by a tree. The whole thing from tip to roots flung from a logging truck. It split the worker apart, disassembling him in one long exhalation, the sound of lightning and a man in pieces.

Said he's heard of a carver who once cut a working flute into a living tree. She whittled away the trunk, whittled while whistling, whittled until the flute emerged, still glistening. The whole tree thrummed alive as she played, her cheek against the remaining trunk. The sound, they said, was rich and wet.

Said he'd heard about a man who was trapped inside a tree. He had bedded down in a hollowed out trunk but found that it had sealed up hard with sap come the next day. He screamed. Thought he was in the belly of leviathan.

Other titles by Rob Budde

The Answer to Everything