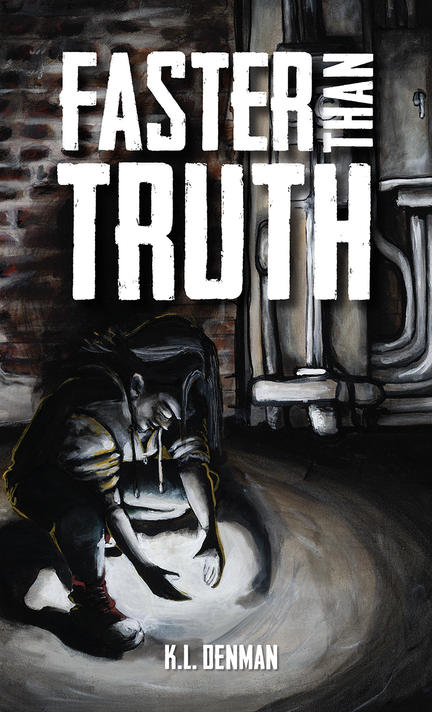 Sixteen-year-old Declan dreams of becoming a professional reporter, an international correspondent who flies around the globe covering big stories. But Declan is still in high school, and as the editor of his school paper, he covers school dances — not exactly “news.”

Declan gets his chance for a big scoop when another student shows him part of an email written by the principal that discusses implanting students with microchips. Declan, outraged at the idea, publishes the story online without taking the time to do any additional research or fact checking.

Declan, suspended from school and forced to resign from his position as editor of the paper, begins to question the role of the media and his prospects for the future.

At the same time, he can—t ignore the curious impulse to find out what's going on with the kid who gave him the scoop. Smoke, as the kid is known, is surrounded by a curious aura — and odor. And Declan wants to find out why.

K.L. Denman was born in Calgary, Alberta, and spent her childhood in a house one street away from the open prairie. When she was 11, her family moved to Delta, British Columbia, and she got to know life on the coast: tides, clam digging, rain gear, green grass year-round and enormous trees. It was there that Kim and her sisters got their first pony. She continued to live near Vancouver for many years while finishing school, attending college, and eventually getting married and starting a family. She always loved writing and when her teen children and their friends provided inspiration and re-kindled memories of this challenging passage, writing for teens became an irresistible venture.

Today she lives on a small farm on British Columbia's Sunshine Coast with her family of people, two dogs, three cats, two horses and an elderly mule. When she's not writing or caring for critters, she's reading, trying to grow vegetables, taking pictures, or volunteering at therapeutic riding. More information about Kim is available on her website at www.kldenman.com.

Other titles by K.L. Denman

(Stuff We All Get)

Stuff We All Get

Me, Myself and Ike