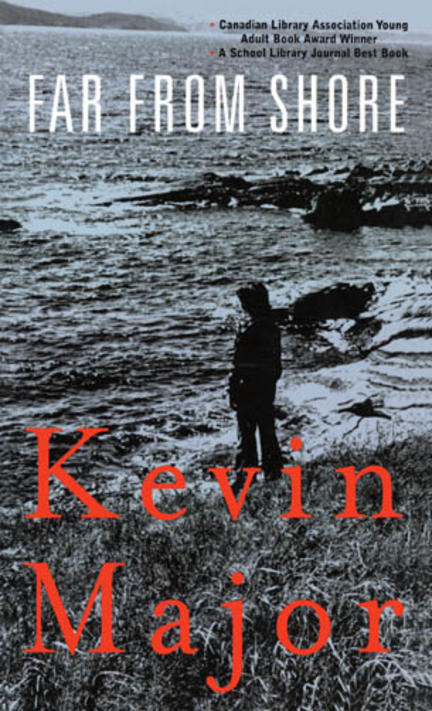 Faced with instability on many sides, and living in an outport community in Newfoundland, fifteen-year-old Chris gropes for direction in a family broken apart by unemployment. Even his easy-going, humorous attitude fails to steady him as he stumbles through the summer after grade ten. He's failed his year, he can't find a summer job, and he's incredibly bored. So the first thing he heads for is trouble -- trouble that ends in a confrontation with the law. Work as a counselor at a summer camp offers the challenge of a fresh start, but it is here, amid new responsibilities, that he encounters his toughest test as a young man.

Winner of the first Canadian Young Adult Book Award and named a Best Book of the Year by School Library Journal, Far from Shore was hailed as a unique and innovative novel when it was first published. As he has done throughout his career, Kevin Major broke new ground by tackling a multinarrative structure in a young adult novel -- an approach much imitated since but never more convincingly.