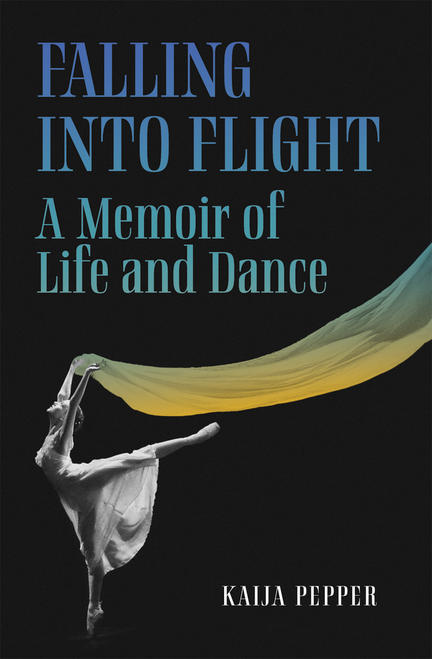 Falling into Flight untangles a daughter's complicated relationship with immigrant parents -- her angry Russian mother and quiet Finnish father -- as she grapples with the mysteries of her own body and self during the long years of growing up. And it offers insight into a life experienced through the arts: first as a young enthusiastic dancer, then as a thoughtful -- and equally enthusiastic -- dance critic.

After her parents die within months of each other, Kaija begins to experience increasingly debilitating physical ailments that have no clear diagnosis. Finally, after many referrals to specialists, her doctor suggests psychotherapy to get at the root of the symptoms. Initially reluctant and disbelieving, Kaija embarks on a fiveyear journey into a past that she has long suppressed.

Along the way, the reader is taken not only into the often baffling and troubling world of her childhood, dominated by a tragic and unpredictable mother, but also into the magical world of dance. Kaija's passion for moving fully in time and space brings a pulse to the words on the page, taking the reader inside the extravagant steps and shapes of dance -- and also inside the very contemporary struggles of perfectionism and anxiety, which together wield such power to both inspire and damage.

Kaija Pepper has written three books on Canadian dance: The Man Next Door Dances: The Art of Peter Bingham (Finalist for the 2008 City of Vancouver Book Award), The Dance Teacher: A Biography of Kay Armstrong and Theatrical Dance in Vancouver: 1880's-1920's (Honourable Mention for the City of Vancouver Book Award). She has contributed to numerous national and international magazines, anthologies, journals and theatre programs, and was co-editor of the anthology Renegade Bodies: Canadian Dance in the 1970s. She is a dance critic for The Globe and Mail and has been the editor of Dance International since 2013. She holds an MA in Liberal Studies from Simon Fraser University. Kaija currently lives in Vancouver.