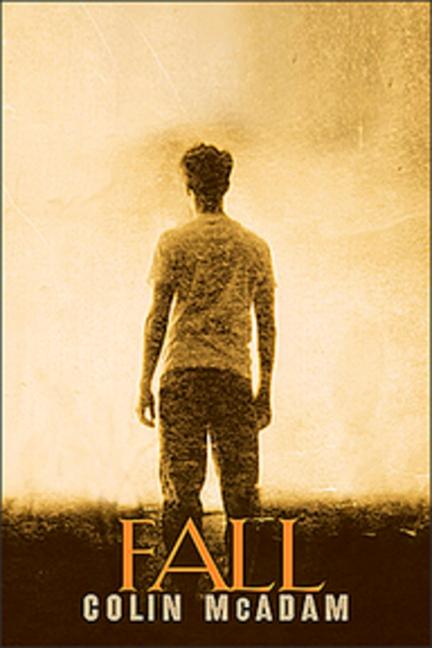 A place of pressure and contradictions, St Ebury is an exclusive boarding school for the children of Canada’s elite, where boys must act as men while navigating their adolescence; a mixed school with only a handful of girls.

Fall is the most beautiful. At night the bathrooms and beds hum with thoughts of her. Noel, a clever, ghostly loner, prowls the corridors on weekends, filling spare hours working on his body-building. Watching her, always knowing where she is and who she’s talking to, he is certain that one day Fall will come to know him deeply. But like everyone else, she is drawn to Julius, the confident and magnetic son of the American ambassador to Canada.

At the beginning of their final year, the two boys room together and awkward Noel believes he is allowed into a new circle of friends. Julius grows physically closer to Fall, his eyes open to the moments around him, while Noel’s boisterous enthusiasm shades into something darker as he imagines himself as a confidante to his popular roommate. While Julius moves through the daily joys and absurdities of adolescence, Noel recounts from a distance of several years what the consequences were of his efforts to enter Fall’s life forever.

A disturbing and unforgettable story of guilt, memory and confused identity, Colin McAdam’s second novel is a work of power, pitch–perfect observation and searing ambition. It confirms his status as a truly unique talent, one of the few living novelists capable of taking the modern novel and forging from it something startling and wholly new.

Colin McAdam has written for Harpers’ and The Walrus. His novel Some Great Thing won the Amazon/Books in Canada First Novel Award and was nominated for the Governor General’s Literary Award, the Rogers Writers’ Trust Award, the Commonwealth Writers’ Prize, and for the John Llewellyn Rhys Prize in the U.K. His second novel, Fall, was shortlisted for the Scotiabank Giller Prize and awarded the Paragraphe Hugh MacLennon Prize. He lives in Toronto.

Other titles by Colin McAdam