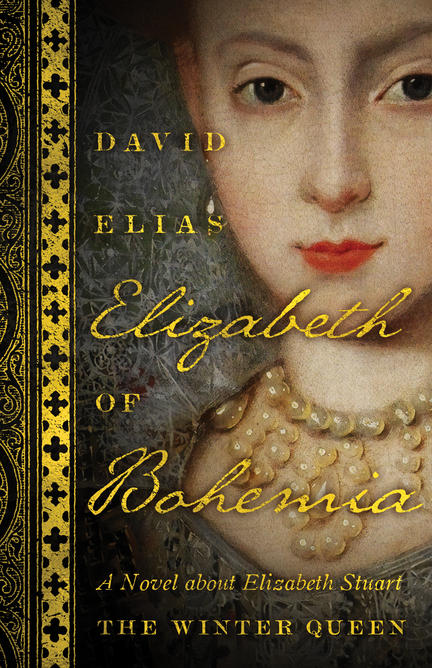 A sweeping, cinematic novel about the life of the Winter Queen, Elizabeth Stuart

October 1612. King James I is looking to expand England’s influence in Europe, especially among the Protestants. He invites Prince Frederic of the Palatinate to London and offers him his sixteen-year-old daughter Elizabeth’s hand in marriage. The fierce and intelligent Elizabeth moves to Heidelberg Castle, Frederic’s ancestral home, where she is favored with whatever she desires, and the couple begins their family. Amid much turmoil, the Hapsburg emperor is weakened, and with help from Bohemian rebels, Frederic takes over royal duties in Prague. Thus, Elizabeth becomes the Queen of Bohemia. But their reign is brief. Within the year, Catholic Europe unites to take back the Hapsburg throne. Defeated at the Battle of White Mountain, Frederic, Elizabeth, and their children are forced into exile for a much-reduced life in The Hague. Despite tumultuous seasons of separation and heartache, the Winter Queen makes every effort to keep her family intact.

Written with cinematic flair, this historical novel brings in key figures such as Shakespeare and Descartes as it recreates the drama and intrigue of 17th-century England and the Continent. Elizabeth’s children included Rupert of the Rhine and Sophia of Hanover, from whom the Hanoverian line descended to the present Queen Elizabeth II.

David Elias is the author of four books of Fiction, Most recently Waiting for Elvis, a novel. His short stories and poetry have appeared in literary magazines and anthologies across the country and his work has been nominated for a number of awards. He also spends time as an editor, writer-in-residence, mentor and creative writing instructor, and lives in Winnipeg with his wife, poet Brenda Sciberras.

“Elias’ use of language to re-create the period is striking . . . A highly readable telling of a royal fall from grace.” — Kirkus Reviews

“[A] well-researched, extremely fluid novel deserving of librarian attention for inclusion in all active historical-fiction collections. Elizabeth emerges from these colorful pages as a woman of great strength . . . Greatly sensitive to readers' needs and interests, Elias weaves together greater-picture details of European history and personal notes relevant to Elizabeth Stuart's desires and setbacks to produce a solid, resonant depiction of a woman who made the best of trying circumstances.” — Booklist

“Lively and engrossing . . . Despite her beauty and sharp mind, Elizabeth is limited by regal obligations and her gender, and her inner conflicts are well-defined . . . Rich with historical detail and political intrigue, Elizabeth of Bohemia is a complex portrait of a reluctant yet captivating queen.” — Foreword Reviews

“This sweeping novel explores the life of a lesser-known historical figure whose descendants would go on to become kings and queens of Britain.” — Book Riot

“A wonderfully scripted and entertaining read from cover to cover, Elizabeth of Bohemia is certain to be an immediate and enduringly popular addition to community library Historical Fiction collections.” — Midwest Book Review

Other titles by David Elias

The Truth About Barns

A Voyage of Discovery and Contemplation

Short Stories By One Of Canada'S Noted Writers, Set In A Manitoba Community Near