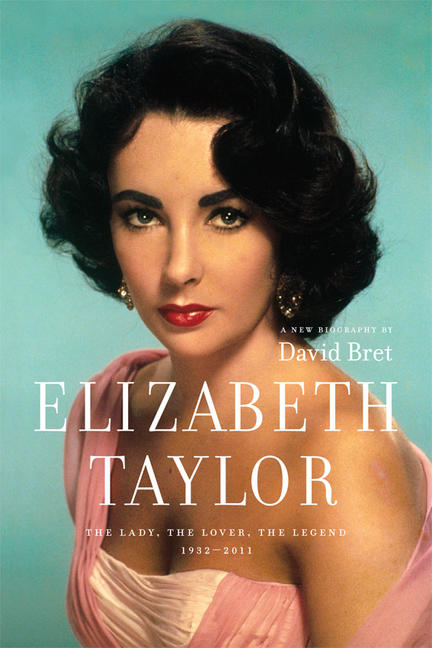 From her fairytale childhood to her impressive array of movies and marriages, Elizabeth Taylor's life, both on and off the screen, has enchanted, saddened, appalled, and entertained us for the past seven decades.

Elizabeth Taylor: The Lady, The Lover, The Legend -- the first new biography to be published following her death -- strips away the Hollywood veneer to reveal the woman as she really was. Through his incredible depth of knowledge, biographer David Bret sheds new light on the Elizabeth Taylor we thought we knew: her feud with Louis B. Mayer, her friendship with Montgomery Clift, the abuse she suffered at the hands of Nicky Hilton, the real story behind the Taylor-Fisher-Reynolds love triangle -- and, of course, her epic relationship with Richard Burton, just as stormy in real life as it was on film. With compassion and admiration, Bret describes Taylor's later years, including her fight for AIDS awareness and support for gay rights, her strange friendship with Michael Jackson, and her deteriorating health leading up to her untimely death on March 23, 2011.

Elizabeth Taylor: The Lady, The Lover, The Legend is a shockingly honest, richly detailed book about one of the greatest Hollywood superstars of all time.

David Bret is a best-selling biographer known for his frank and often controversial discussion of the private lives of Hollywood stars. His previous books include Joan Crawford: Hollywood Martyr and Clark Gable: Tormented Star.