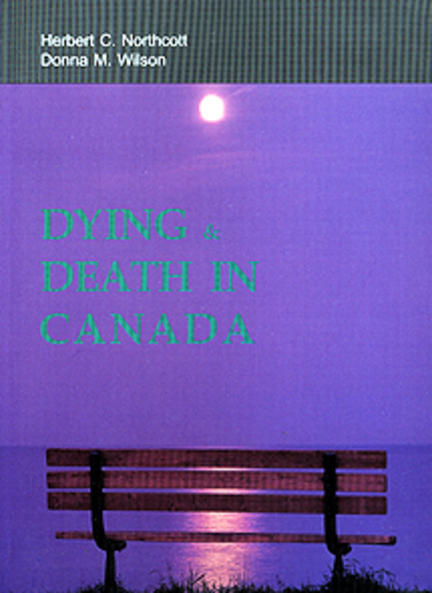 Published Under the Garamond Imprint

Dying and death reflect the material and social conditions of societies. For example, dying and death come frequently and early in life in a society where there is widespread poverty. In contrast, dying and death typically come late in life in a more developed society'such as Canada at the beginning of the twenty-first century. How we live influences how and at what age we die; similarly, dying is both a personal experience and a social function given shape and meaning by social practices and cultural definitions. The bereaved grieve and mourn in both personal and social terms and the meaning assigned to dying and death is both personally and socially constructed.

Herb Northcott is Professor of Sociology at the University of Alberta. He is the author of Aging in Alberta (Detselig, 2005).

Donna M. Wilson is in the Faculty of Nursing at the University of Alberta. She does extensive clinical work and research on the issue of end-of-life care.

Herbert C. Northcott teaches in the Sociology Department at the University of Alberta, Edmonton.

Donna M. Wilson is a professor in the Faculty of Nursing at the University of Alberta.

Other titles by Herbert Northcott

The Older Old in Canada

A Study of Job Pressure

Other titles by Donna Wilson

At the Interface of Culture and Medicine