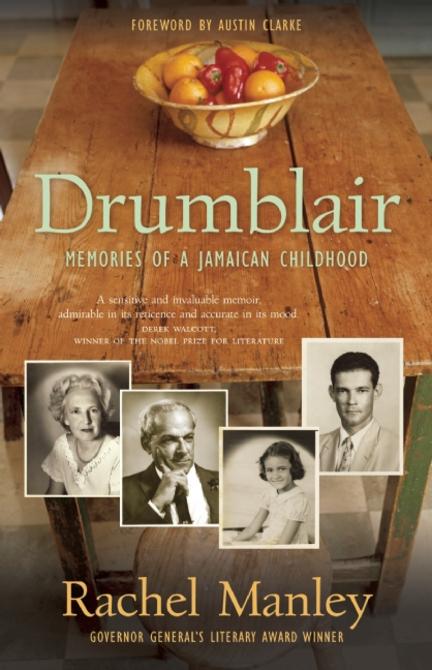 Rachel Manley, granddaughter and daughter of two of Jamaica&rsquo;s national leaders, tells the story of the brilliant, artistic Manleys?Jamaica&rsquo;s most prominent and glamorous political family?and the house that nurtured them: Drumblair. This is a world vividly recreated for us, and an intimate, captivating memoir of the people who changed Jamaica&rsquo;s intellectual, social, and cultural landscape for all time.
Praise for Drumblair:
&ldquo;A sensitive and invaluable memoir, admirable in its reticence and accurate in its mood.&rdquo; “Derek Walcott, winner of the Nobel Prize for Literature
&ldquo;The biography of a time and place. Reading Drumblair is to revisit an old autograph book, to wonder at childhood perceptions, and to grow up in the midst of a romantic post?World War II curiosity.&rdquo; “Austin Clarke, The Globe and Mail
&ldquo;Vividly, enchantingly described.&rdquo; “The Toronto Star
&ldquo;A brilliant portrait of an entire society&rsquo;s exciting, anguished period of becoming, seen through the eyes of innocent childhood, turbulent adolescence and ripening maturity. What a feast!&rdquo; “Dr. Rex Nettleford, O.M., Deputy Vice Chancellor, University of the West Indies
&ldquo;As a poet, Rachel Manley senses the resonances between history and place, between personality and destiny, and evokes them with real eloquence.&rdquo; “Books in Canada

RACHEL MANLEY is the author of the memoir Drumblair: Memories of a Jamaican Childhood, which won the Governor General’s Award for Non-fiction in 1997, and Slipstream: A Daughter Remembers. She has also published three books of poetry and edited Edna Manley: The Diaries, a collection of her grandmother’s journals. Manley is a New York Public Library Fellow, a Pierre Berton Fellow, a Rockefeller Fellow (Bellagio), and a former Bunting Fellow for Literature at Radcliffe College. She serves on the creative writing faculty at Lesley University in Cambridge, Massachusetts, and has won Jamaica’s prestigious Centennial Medal for Poetry. Manley divides her time between Toronto and Jamaica. She has two sons, Drum and Luke.

Other titles by Rachel Manley

Horses in Her Hair