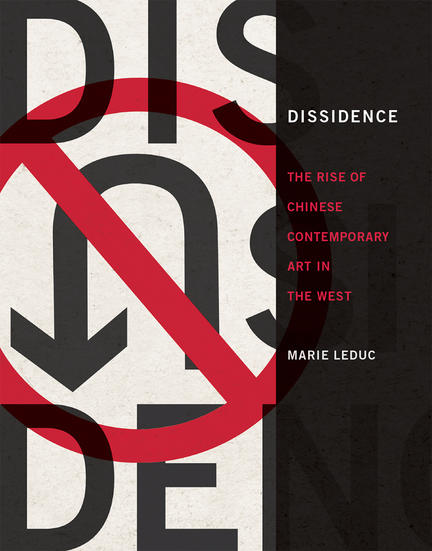 How the valorization of artistic and political dissidence has contributed to the rise of Chinese contemporary art in the West.

Interest in Chinese contemporary art increased dramatically in the West shortly after the 1989 Tiananmen Square protests. Sparked by political sympathy and the mediatized response to the event, Western curators, critics, and art historians were quick to view the new art as an expression of dissident resistance to the Chinese regime.  In this book, Marie Leduc proposes that this attribution of political dissidence is not only the result of latent Cold War perceptions about China, but also indicative of the art world's demand for artistically and politically provocative work—a demand that mirrors the valorization of free expression in liberal democracies.

Focusing on nine Chinese artists—Wang Du, Wang Keping, Huang Yong Ping, Yang Jiechang, Chen Zhen, Yan Pei-Ming, Shen Yuan, Ru Xiaofan, and Du Zhenjun—who migrated to Paris in and around 1989, Leduc explores how their work was recognized before and after the Tiananmen Square incident. Drawing on personal interviews with the artists and curators, and through an analysis of important exhibitions, events, reviews, and curatorial texts, she demonstrates how these and other Chinese artists have been celebrated both for their artistic dissidence—their formal innovations and introduction of new media and concepts—and for their political dissidence—how their work challenges political values in both China and the West.  As Leduc concludes, the rise of Chinese contemporary art in the West highlights the significance of artistic and political dissidence in the production of contemporary art, and the often-unrecognized relationship between contemporary art and liberal democracy.

Marie Leduc is an art historian and writer who has lectured internationally on contemporary art.  In addition to teaching at universities in Canada, she has published reviews, feature articles, and interviews in Canadian Art, Yishu: Journal of Contemporary Chinese Art, and Media-N: The Journal of the New Media Caucus.