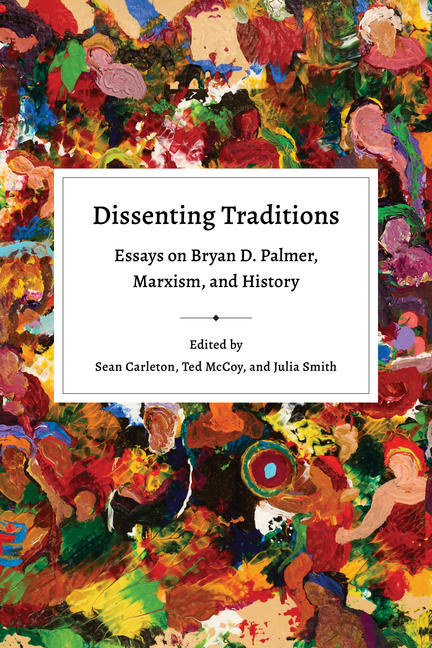 The work of Bryan D. Palmer, one of North America’s leading historians, has influenced the fields of labour history, social history, discourse analysis, communist history, and Canadian history, as well as the theoretical frameworks surrounding them. Palmer’s work reveals a life dedicated to dissent and the difficult task of imagining alternatives by understanding the past in all of its contradictions, victories, and failures.

Dissenting Traditions gathers Palmer’s contemporaries, students, and sometimes critics to examine and expand on the topics and themes that have defined Palmer’s career, from labour history to Marxism and communist politics. Paying attention to Palmer’s participation in key debates, contributors demonstrate that class analysis, labour history, building institutions, and engaging the public are vital for social change. In this moment of increasing precarity and growing class inequality, Palmer’s politically engaged scholarship offers a useful roadmap for scholars and activists alike and underlines the importance of working-class history.

Sean Carleton is an assistant professor in the Department of History and the Department of Native Studies at the University of Manitoba. His research examines the history of colonialism, capitalism, and schooling in Canada.

Ted McCoy is an associate professor in Sociology at the University of Calgary. He is a historian of punishment and has published on penitentiaries in Canada’s nineteenth century. His books include Hard Time (2012) and Four Unruly Women (2019).

Julia Smith is an assistant professor in the Labour Studies Program at the University of Manitoba. She studies the political economy of labour relations in Canada and the history and politics of women’s labour activism.

Other titles by Sean Carleton

Colonialism, Capitalism, and the Rise of State Schooling in British Columbia

A Graphic History of Protest

Other titles by Ted McCoy

Stories of Incarceration and Resistance from Canada’s Most Notorious Prison

Reforming the Penitentiary in Nineteenth-Century Canada