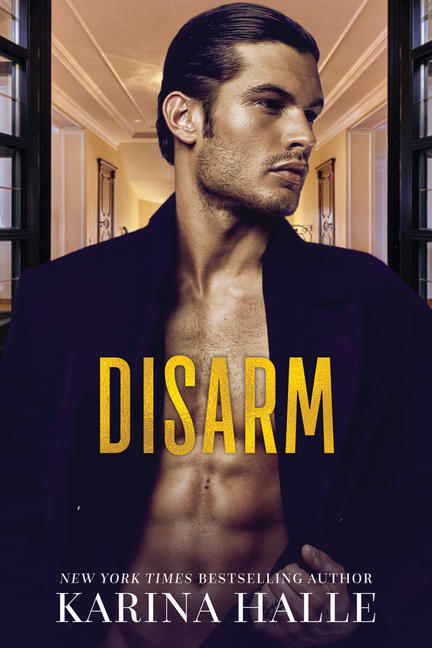 Karina Halle, the New York Times bestselling author of Discretion, lifts the veil off a privileged family dynasty to reveal a wealth of secrets and dangerous obsessions.

Seraphine Dumont seems to have it all: she’s gorgeous, brilliant, and part of one of France’s most illustrious dynasties. But underneath the facade, Seraphine struggles to hold it all together. Besides grieving her adoptive father’s suspicious and sudden death, she also shares a tenuous role in the family business with Blaise, her in-name-only cousin. As tumultuous as their history is, he may be the only member of the deceptive Dumont family she can trust.

Seraphine is a temptation Blaise can’t resist. The torch he’s carried for years still burns. It’s his secret—a quiet obsession just out of reach. Until his brother demands that he spy on the increasingly cagey Seraphine, whom their father considers a dispensable Dumont outlier. But the more Blaise watches her and the closer he gets, the more he sees Seraphine may have every right to be suspicious. And she could be the next one in danger—from his own family.

As blood runs hot and hearts give in, Seraphine and Blaise have only each other. But can their love survive the secrets they’re about to uncover?

Karina Halle is the New York Times, Wall Street Journal, and USA Today bestselling author of Disarm and Discretion in The Dumonts series as well as The Pact, The Offer, The Play, and more than fifty other wild and romantic reads. A former travel writer and music journalist, she currently lives in a rain forest on an island off the coast of British Columbia with her husband and their adopted pit bull. There they operate a bed-and-breakfast that’s perfect for writers’ retreats. In the winter, you can often find them in California or on their beloved island of Kauai, soaking up as much sun—and inspiration—as possible. Visit Karina online at www.authorkarinahalle.com.

“Karina Halle’s storytelling ability was on full display in Disarm, with the exciting plot and the characters who were both fallible and relatable. If you enjoy intense taboo romances with intrigue and scintillating passion, this is the book for you.” —Harlequin Junkie

“Disarm is a story of family, betrayal, secrets and lies; of vengeance and murder; power and control. The premise is engaging and captivating; the characters are energetic and colorful; the romance is seductive.” —The Reading Café

Other titles by Karina Halle

The Royals Next Door