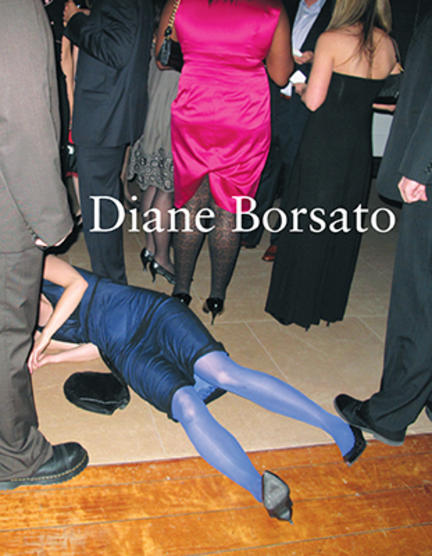 Collaborating with a varied cast of characters--beekeepers, mycologists, astronomers, physicists, bees, cats, snowballs, tango dancers, passersby, plants, curators, hotel porters--Canadian artist Diane Borsato creates works that propose eccentric models for relating to one another and to the world. For her project Italian Lessons, she attempted to learn Italian by learning salsa, physics, first aid, and beekeeping by way of Italian instruction. In "Terrestrial/Celestial," Borsato coordinated an unconventional exchange of observational practices—from opposite ends of the scale—between amateur mycologists and amateur astronomers. In a new work, "Walking Studio," Borsato proposes a different space for research and reflection with her mobile field study lab, comprised of a study-center and fully functional sauna. How better to document this work, then, but with a lavishly illustrated catalogue designed by Lisa Kiss, and edited by Stephanie Springgay? Add to this some texts contributed by Diane herself, Emelie Chhangur, Springgay, Darren O'Donnell, and Scott Watson, and you end up with the first full-length treatment of the work of Borsato.

Diane Borsato is an artist, naturalist and educator. She is an associate professor of Experimental Studio at the University of Guelph. She has exhibited her work involving mushrooms, bees, raptors, orchards and tea in galleries and museums around the world; and was the co-editor and a contributor to the book Outdoor School Contemporary Environmental Art (D&M, 2021). She lives in Toronto, ON.

Stephanie Springgay is an assistant professor in the Department of Curriculum, Teaching and Learning at the Ontario Institute for Studies in Education, University of Toronto.

Darren O’Donnell is a novelist, essayist, playwright, director, designer, performer and the artistic director of Mammalian Diving Reflex. His most recent books include a novel, Your Secrets Sleep With Me, and Social Acupuncture: A Guide to Suicide, Performance and Utopia. Previously published drama includes Inoculations (which contains White Mice, Over, Who Shot Jacques Lacan?, Radio Rooster Says That’s Bad) and pppeeeaaaccceee. Through Mammalian Diving Reflex, he stages interventionist performance art, including Haircuts by Children, Slow Dance with Teacher, Ballroom Dancing and the Children’s Choice Awards.

Other titles by Diane Borsato

The Joy of the Quiet Hunt – An Illustrated Guide to the Fascinating, the Delicious, the Deadly and the Strange

Other titles by Emelie Chhangur

And so, the animal looked back

no. it is opposition

Other titles by Darren O'Donnell

Methodologies and Ecologies in Research-Creation

Other titles by Stephanie Springgay

Haircuts by Children and Other Evidence for a New Social Contract

And Other Evidence for a New Social Contract

Haircuts by Children, and Other Evidence for a New Social Contract

Your Secrets Sleep With Me