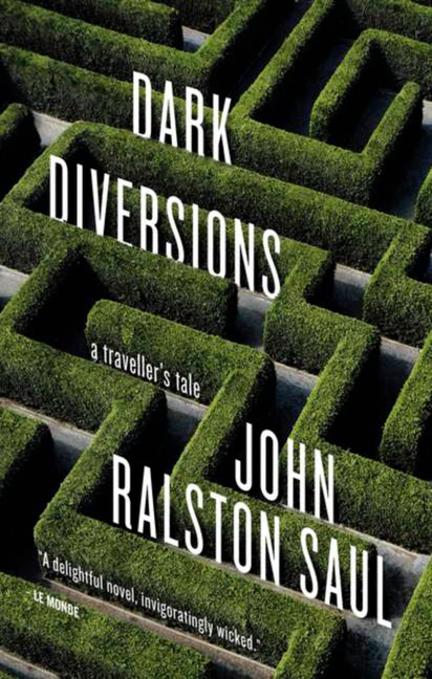 In Dark Diversions acclaimed author John Ralston Saul stages a black comedy of international proportions that takes the reader from New York to Paris to Morocco to Haiti in the 1980s and 1990s. When he’s not encountering dictators in Third World hot spots, Saul’s narrator moves in privileged circles on both sides of the Atlantic, insinuating himself into the lives of well-to-do aristocrats. Through his exploits we experience a fascinating world of secret lovers, exiled princesses, death by veganism, and religious heresies. The emotional fireworks of these inhabitants of the First World are sharply juxtaposed with the political infighting of the dictators and the corruption, double-dealing, and fawning that attend them. But as he becomes further enmeshed in these worlds, his outsider status grows more ambiguous: Is he a documentarian of privileged foibles and fundamental inequity, or an embodiment of the very “dark diversions” he chronicles?

John Ralston Saul is one of Canada’s leading social and political commentators. He is the author of numerous books on philosophy and contemporary politics, including Voltaire’s Bastards, Reflections Of A Siamese Twin, and most recently The Collapse of Globalism. Saul was the Massey lecturer in 1995, and won the 1996 Governor General’s Award for nonfiction for The Unconscious Civilization, based on those lectures. He is the former president of PEN Canada and the creator of the acclaimed LaFontaine Baldwin Lecture series. A regular speaker and panelist across Canada and internationally, John Ralston Saul currently lives in Toronto.

"Saul has the eye, the aloofness, the killer turn of phrase of a Truman Capote." - Le Figaro Litteraire

"A terrifying narrator, a delight under the palm trees, a pitcher of margaritas on the table ... rigorous, strict, of high quality, typed on an old Remington." - Le Canard Enchaine

“An ingenious read, Dark Diversions will be a solid end-of-summer choice for a wide and varied audience.” - Winnipeg Free Press

Other titles by John Ralston Saul

How Aboriginals Are Reclaiming Power And Influence

A Dictionary Of Aggressive Common Sense

The Dictatorship Of Reason In The West

The Four Walls of My Freedom

Lessons I've Learned from a Life of Caregiving

The Man in Blue Pyjamas

Masterworks from the Samuel and Esther Sarick Collection