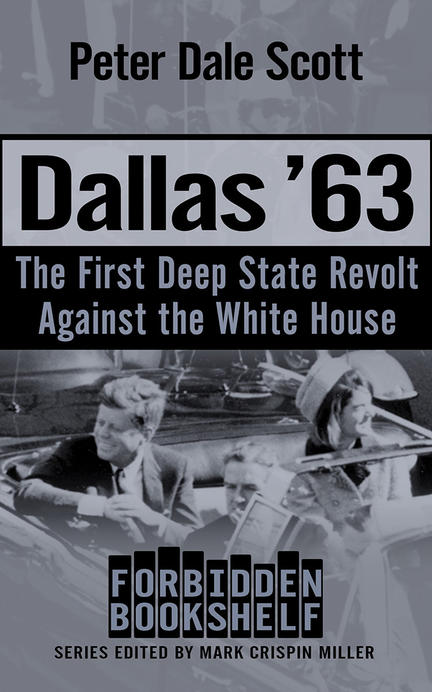 "Our most provocative scholar of American power" reveals the forces behind the assassination of JFK—and their continuing influence over our world (David Talbot, Salon).

On November 22, 1963, President John F. Kennedy was gunned down in Dallas by Lee Harvey Oswald. Shortly after, Oswald himself was killed. These events led many to believe there was a far greater plan at work, with a secret cabal of powerful men manipulating the public and shaping US policies both at home and abroad for their own interests.

But no one could imagine how right they were.

Beneath the orderly façade of the American government, there lies a complex network, only partly structural, linking Wall Street influence, corrupt bureaucracy, and the military-industrial complex. Here lies the true power of the American empire. This behind-the-scenes web is unelected, unaccountable, and immune to popular resistance. Peter Dale Scott calls this entity the deep state, and he has made it his life's work to write the history of those who manipulate our government from the shadows. Since the aftermath of World War II, the deep state's power has grown unchecked, and nowhere has it been more apparent than that day at Dealey Plaza.

In this landmark volume, Scott traces how culpable elements in the CIA and FBI helped prepare for the assassination, and how the deep state continues to influence our politics today.

Peter Dale Scott, a former Canadian diplomat and professor of English at the University of California, Berkeley, is a poet, writer, and researcher. His diplomatic service from 1957 to 1961 included two years of work at UN conferences and the UN General Assembly, as well as two years in Poland. In addition to teaching poetry and medieval literature at Berkeley, he was a cofounder of the university’s Peace & Conflict Studies (PACS) program.

Other titles by Peter Dale Scott

Murmur of the Stars