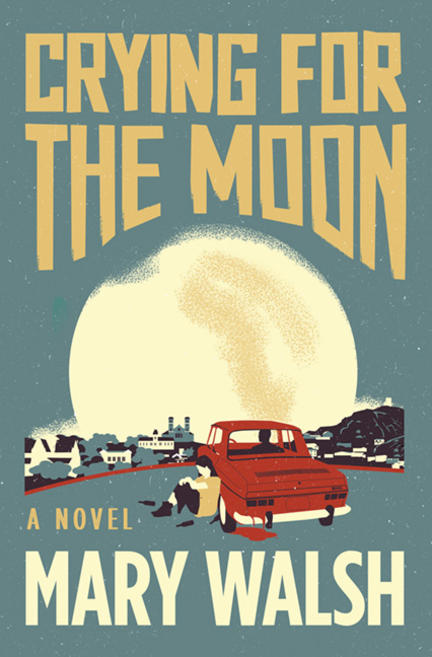 “A page-turner with an indelible heroine.” —Ann-Marie MacDonald

Canadian actor, comedian and social activist Mary Walsh explodes onto the literary scene with this unforgettable story of a young woman coming of age in late 1960s Newfoundland

Raised on tough love in St. John’s, Maureen is the second-youngest daughter of a bitter and angry mother and a beaten-down father who tells the best stories (but only when he’s drunk). If life at home is difficult, then school is torture, with the nuns watching every move she makes. But Maureen wants a bigger life. She wants to go to sexy, exciting Montreal and be part of Expo 67, even if it means faking her way into the school choir.

Finally achieving her goal of reaching Montreal, Maureen escapes the vigilant eye of Sister Imobilis and sneaks away, and over the course of a few hours, one humiliating encounter with a young Leonard Cohen and a series of breathtakingly bad decisions change the course of her life forever.

A riotous and heart-rending journey from St. John’s to Montreal and back, Mary Walsh’s dazzling debut novel is darkly hilarious but also paints a very real portrait of the challenges of being young and female and poor in 1960s Newfoundland. Crying for the Moon explores the many ways in which one day can reverberate through a lifetime.

MARY WALSH was born in St. John’s, Newfoundland. She studied acting at Ryerson University and is the creator of the CBC’s This Hour Has 22 Minutes, which has won numerous Gemini, Canadian Comedy and Canadian Screen Awards. She is a versatile actor and has appeared in both dramas and comedies, including the Gemini Award–winning Hatching, Matching and Dispatching, which she wrote and starred in. Recently, Walsh has starred in Sensitive Skin, Rookie Blue and Slasher. She currently has several feature films in development, and in 2017 the cast of Hatching, Matching and Dispatching will be reunited for a CBC feature called “Christmas Fury,” of which Walsh is the writer, producer and star. She is a Member of the Order of Canada and has received a Governor General’s Performing Arts Award for Lifetime Artistic Achievement.

“This is a dark tale from the real world, lightened by Mary’s trademark irony, intelligence and wit.”

“With Crying for the Moon, Mary Walsh debuts like a speeding bullet onto the literary scene. Gritty, searing, funny and often heartbreakingly sweet. A page-turner with an indelible heroine.”

Ann-Marie MacDonald, bestselling author of Fall on Your Knees

“Walsh pitches the tone expertly. Crying unspools a thread of true black sorrow and features a heroine that can’t get out of her own way. But it’s also fast-paced and wry and nimble. The stakes are high and supported with ambiance, tension, slapstick, heartbreak, and complete authenticity.”