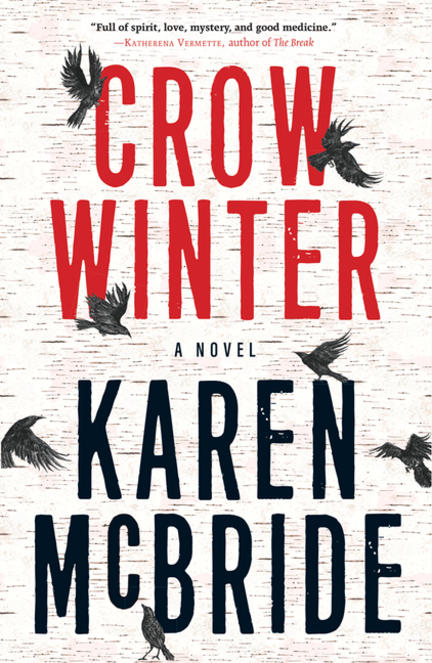 Nanabush. A name that has a certain weight on the tongue—a taste. Like lit sage in a windowless room or aluminum foil on a metal filling.

Trickster. Storyteller. Shape-shifter. An ancient troublemaker with the power to do great things, only he doesn’t want to put in the work.

Since coming home to Spirit Bear Point First Nation, Hazel Ellis has been dreaming of an old crow. He tells her he’s here to help her, save her. From what, exactly? Sure, her dad’s been dead for almost two years and she hasn’t quite reconciled that grief, but is that worth the time of an Algonquin demigod?

Soon Hazel learns that there’s more at play than just her own sadness and doubt. The quarry that’s been lying unsullied for over a century on her father’s property is stirring the old magic that crosses the boundaries between this world and the next. With the aid of Nanabush, Hazel must unravel a web of deceit that, if left untouched, could destroy her family and her home on both sides of the Medicine Wheel.

KAREN McBRIDE is an Algonquin Anishinaabe writer from the Timiskaming First Nation in the territory that is now Quebec. She holds a bachelor of arts in music and English, a bachelor of education from the University of Ottawa and a master of arts in creative writing from the University of Toronto. Karen works as an elementary school teacher on her home reserve. Crow Winter is her first novel.

"For fans of Eden Robinson and Tracey Lindberg, this debut from Algonquin Anishinaabe writer McBride is one to watch.”

“Full of spirit, love, mystery and good medicine, Crow Winter tells the story of Hazel and one very tricky little crow. Karen McBride’s debut novel ambitiously and successfully balances all these things creating a world and story that will stay with you after you have turned that last page.”