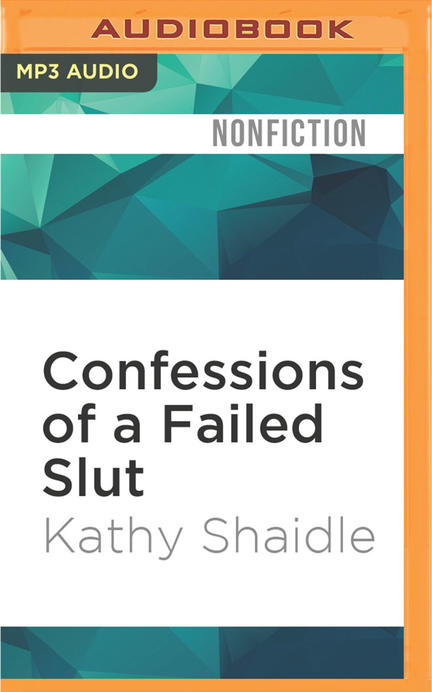 As the only female columnist at controversial, conservative Taki's Magazine, Kathy Shaidle soon found herself covering an unlikely beat: sexuality. "Unlikely" because as the married, 50-year-old Shaidle explains, "my 'number' (as the kids call it these days) is so low that in certain Australian provinces I would still be considered a virgin." Confessions of a Failed Slut blends personal reflections - "How the Love Boat Ruined My Life" - with contrarian takes on porn (online and off), dating (ditto), "slut shaming," sex toys, "robot hookers of the near future," dinosaur erotica, the multiplication of genders and orientations, and what she calls "the epidemic of beta male faggotry" plaguing the land.

An author and blogging pioneer, Kathy Shaidle has been called "a night terror" (Wonkette), "one of the great virtuoso polemicists of our day" (Mark Steyn), "strenuously witless" (James Walcott), "a purveyor of some of the most offensive racial stereotypes I have ever read" (the Canadian Jewish Congress), "a Zionist shill for the New World Order" (InfoWars) and "not a particularly nice person" (Alex Koppelman, Salon.com).

Kathy Shaidle is a Canadian author, columnist, poet and blogger. A self-described "anarcho-peacenik" in the early years of her writing career, she moved to a conservative, Roman Catholic position following the attacks of September 11, 2001, and entered the public eye as the author of the popular RelapsedCatholic blog.

Other titles by Kathy Shaidle