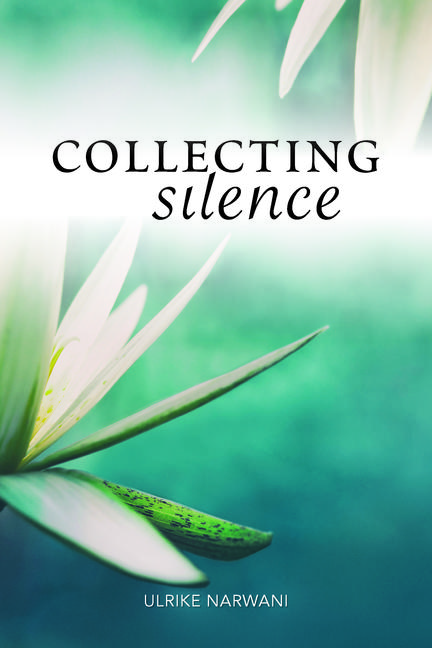 The poems in Collecting Silence arc through youth, love and loss, to maturation, aging, peace. Wide travels throughout Asia, Europe and North America bring Narwani face to face with the oppressions of poverty, caste and religion, as well as the seductions of magical new beauty. The poems take the reader down the Chao Phraya River in Bangkok, to Chopin’s garden; a village of untouchables in India, to remnants of the Berlin Wall; from the Pietà and the Mona Lisa to Magritte’s The False Mirror. Always they are grounded in what Narwani can touch, see, love and remember. Growing up in Canada in a Baltic-German family that was forced to emigrate from their homeland of Latvia at the onset of WWII, Narwani strives to retain language, preserve links to the family’s past, a vanished way of life, so it may deepen her own. Always she listens for what connects, what bridges boundaries and separations, for the inner home that sustains and renews her. It is in our silences, Narwani says, that memories, ourdeepest experiences, talk to us in a “language we all know without speaking.” In this time of non-stop connectivity and chatter, Collecting Silence offers a timely alternative.

ULRIKE NARWANI, of Baltic-German heritage, grew up in Edmonton, Alberta, and completed a PhD in Slavic Languages and Literatures at the University of Toronto. Her poetry has been published in Island Writer, CV2, FreeFall, Vallum, two chapbooks edited by Patrick Lane, and the anthology Poems for Planet Earth. Ulrike is an active participant in the Planet Earth Poetry reading series .She makes her home in North Saanich, B.C.