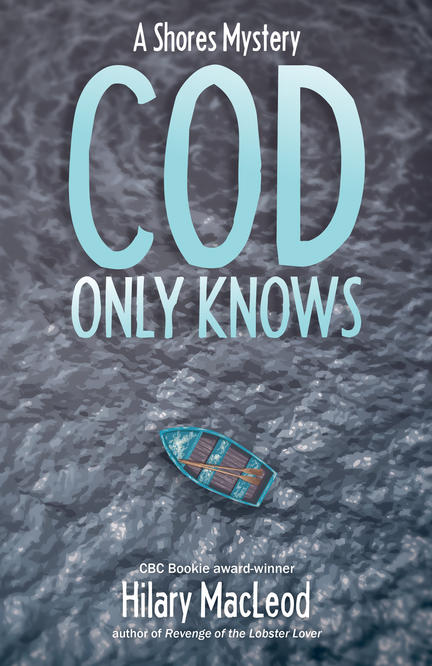 Finally! A new book in the popular Shores Mysteries series!

For the first time in thirty years, all the signs have returned to the waters off The Shores. Signs of a presumed gone, possibly legendary giant cod.

A photograph is the only evidence the big one ever existed. The Shores's mysterious Abel Mack almost landed the most giant of the giant cod the last time they appeared.

At all costs, two powerful men with competing interests are after the biggest cod. They are closing in on The Shores--but the fisherman is missing.

Ninety-year-old Abel Mack has disappeared. At the best of times, Abel is there one minute, gone the next. His best friends and family are not sure they would recognize him if they found him.

Is he dead, by foul play or misadventure, or dead of exposure, as Mountie Jane Jamieson suspects? Or is he alive and sure to return, as his wife Gus Mack insists? Does the never-at-home Abel even exist outside Gus's memory or imagination, Hy McAllister wonders? Or has he been kidnapped for what he knows about the codfish?

In this sixth Shores mystery by Hilary MacLeod, everyone is after the one that got away. But does anything--or anyone--who is attached to The Shores ever actually get away...alive? Cod only knows.

Hilary MacLeod is a writer and former journalist and broadcaster who divides her time between a cabin in the woods near Ameliasburgh, Ontario, and a house in Sea View, Prince Edward Island -- a house that was once inhabited by the hired hand on L. M. Montgomery's Uncle George Campbell's farm. She is a professor of Media Studies at Loyalist College, and spends her free time plotting what her next murder will be. Her first book, Revenge of the Lobster Lover, won the CBC Book Club Bookies Award for Best Mystery. Check out her website at hilarymacleod.ca.

Read Behind the Headlines: Autumn 2017