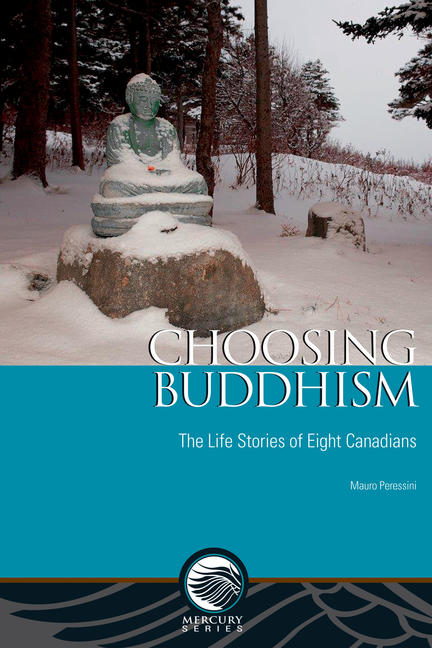 This book explores the experience of Canadians who chose to convert to Buddhism and to embrace its teachings and practices in their daily lives. It presents the life stories of eight Canadians who first encountered Buddhism between the late 1960s and the 1980s, and are now ordained or lay Buddhist teachers.

In recent census records, over 300,000 Canadians identified their religious affiliation as Buddhist. The great majority are of Asian origin and were born into Buddhist families or were Buddhist at the time of their arrival in Canada. Since the late 1960s, however, the number of Canadians converting to Buddhism has doubled every decade, and this demographic now includes more than 20,000 individuals. The eight Canadians whose life stories are featured in this book are among the very first to have chosen Buddhism. Their first-hand accounts shed light on why and how people convert to a religion from such distant shores.

This book also offers contextual material (photos and texts) that complements the eight life stories. This material is meant to help readers enrich their understanding of the life stories by offering them the information they need to better grasp the meaning of the Buddhist notions mentioned, and the broader historical and spiritual contexts of the biographical accounts.

While this book will be of interest to specialists because of the first-hand accounts, it is primarily aimed at a wider audience interested in Buddhism, religions or spirituality in general. It will also be of use to teachers whose courses touch upon any of these subjects. By combining life stories and contextual material, and placing an emphasis on the concrete experiences of Canadians with whom readers can identify, this book is an introduction to Buddhism and to what it means to lead a Buddhist life in contemporary Canada.

Mauro Peressini is Curator of Social History at the Canadian Museum of History and holds a PhD in social and cultural anthropology from the Université de Montréal. In addition to authoring numerous publications, Dr. Peressini has curated a number of major exhibitions for the Museum, including Presenza – A New Look at Italian-Canadian Heritage (2003), Pompeii (2005), The Greeks (2008) and Vodou (2012).

Other titles by Mauro Peressini