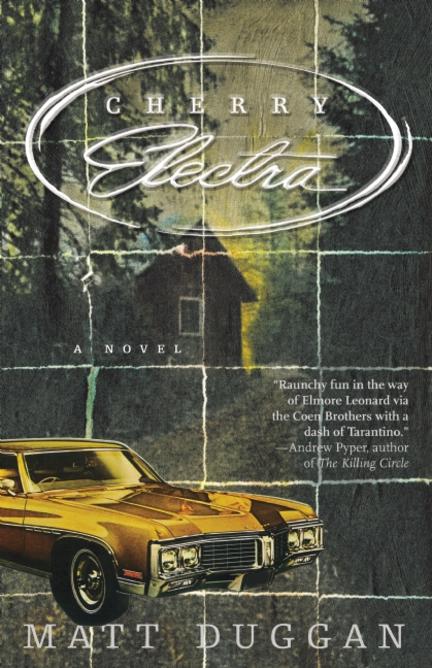 A harrowing, sexy, sly, subversive novel about an addictive love affair, an explosive relationship, a twisted storyteller, and a cherry car.

Locked in jail, a nameless narrator who signs himself &ldquo;E&rdquo; writes a series of letters to his girlfriend, identified only as &ldquo;T.&rdquo; Awaiting trial for the murder of his best friend&rsquo;s father, E writes to T to explain what happened?and to convince her of his innocence. The story begins one summer weekend on Red Snake Lake when E takes T to the cottage of Harry Chup, the wealthy father of E&rsquo;s high school friend, Teddy. Self-destructive and criminally-inclined, Teddy convinces E to get Harry to front them some cash to finance a film. But by Sunday afternoon, Harry is dead, and both Teddy and E are facing trials for first degree murder, where T will be the star witness for the Crown.

MATT DUGGAN is from Alberta and grew up there and in Manitoba. He has taught high school in Bhutan and Canada, and has written extensively, including several award-winning screenplays, as well as short stories and articles that have appeared in such publications as Prairie Fire and Saturday Night magazine. He writes and teaches in Toronto, where he lives with his wife and two children. The Royal Woods, his first novel, was written for children, and was nominated for The Moonbeam Award and The Silver Birch Award. Cherry Electra is decidedly not for children.

Dear T.
You&rsquo;d appreciate this, and not just because you&rsquo;ve always been such a keen believer in signs and portents. Upon emerging from the communal shower with the rest of the lads this morning, a fellow inmate with a lighting bolt tattoo on his chest and a Trans-Am haircut on his head, threw a Styrofoam cup full of urine in my face. But what happened next? Did I pounce on him like a cougar, seize his mullet in my claws, and slam his head on the hard prison floor until blood came out his ears? Maybe I was like the fox, eyes flashing yellow with contained fury, sullenly stealing away while even then contemplating my cunning and lethal revenge? Or did I make like a rabbit, nose twitching, eyes alert but averted, hippity-hopping meekly off into the forest thicket, ready to bold in earnest at the first sign of a more determined attack?
Which of God&rsquo;s forest creatures would I most likely emulate under the circumstances, T? You decide. After all, you should have little difficulty with such an elementary multiple choice-style quiz. Especially now that you have completed your exhaustive study of my character. A study that has led you to conclude that I am capable of even murder.

Other titles by Matt Duggan