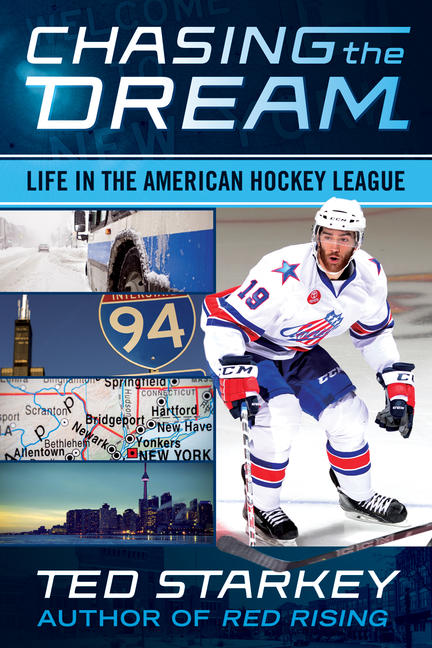 What is life really like in North American hockey’s top minor league? As told by dozens of the players, coaches, broadcasters, personnel, and owners who work a grinding schedule every winter, Chasing the Dream goes behind the scenes with seven AHL teams. Find out how players’ dreams of lacing up their skates in the NHL motivate them through long bus rides and games where they’re constantly gunning for a precious spot in the majors.

From young prospects to veterans whose own hopes have faded, hear from AHL players on why today’s minor league is no longer like Slap Shot, what playing three games in under 48 hours can do to a player, and why fighting — once a staple of the minors — is on the decline. Learn about the game from coaches, alumni, and broadcasters, as well as AHL president Dave Andrews, who reveals how the AHL is becoming an even more important tool for NHL teams in the salary-cap era.

Load your gear on the bus and take a tour around the many venues, personalities, pranks, and memories of the once-small AHL — an organization that now crosses the continent and is big business for players and owners.

Ted Starkey is a veteran sportswriter who has authored two books, Red Rising: The Washington Capitals Story and Transition Game: The Story of the 2010–11 Washington Capitals. He has written for Newsday, the Washington Times, the Tampa Tribune, SB Nation, AOL Sports, and USA Hockey. He currently lives on Long Island, New York.

“There’s much to be gleaned about life in the minors here, including travel woes and the psychological battles for players who are close to and yet so far from their NHL dreams. Readers will come away with great respect for those who have recently called the AHL home.” — Publishers Weekly

“Those who enjoy reading books about hockey will be interested in Chasing the Dream: Life in the American Hockey League by Ted Starkey.” — Simcoe.com Blog

Other titles by Ted Starkey

Life in the American Hockey League