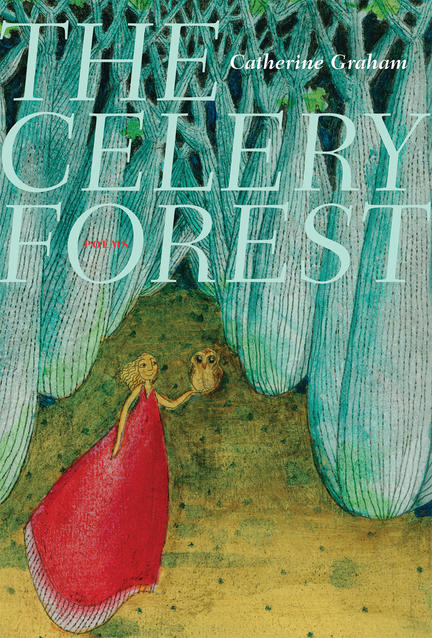 Like Wonderland or Oz, Neverland or Narnia, The Celery Forest is an extraordinary world filled with strange creatures and disorienting sights. But the doorway to the Celery Forest is not a rabbit hole or an old wardrobe. The doorway is a mammogram. For poet and novelist Catherine Graham, this is the topsy-turvy world she found herself in after learning she had breast cancer. No longer the world she recognized, the Celery Forest is a place where things are seen and experienced for the first time. More than a survivor's tale, these poems are a map through unknowable terrain, infused with awareness and forgetting, written by a poet with the visionary ability to distill our sense of wonder into something we can hold.

Catherine Graham is a poet, novelist and creative writing instructor. She is the author of six acclaimed poetry collections, including The Celery Forest, a CBC Best Book of the Year and finalist for the Fred Cogswell Award for Excellence in Poetry. Her Red Hair Rises with the Wings of Insects was a finalist for the Raymond Souster Award and CAA Poetry Award and her debut novel, Quarry, was a finalist for the Sarton Women’s Book Award for Contemporary Fiction and Fred Kerner Book Award and won the Miramichi Reader’s “The Very Best!” Book Award and an Independent Publisher Book Awards’ gold medal for Fiction. She holds an MA in creative writing from Lancaster University (UK). Her poems have been translated into Greek, Serbo-Croatian, Bangla, Chinese and Spanish and have appeared in The Malahat Review, Arc Poetry Magazine, Glasgow Review of Books, Exile Quarterly, The Fiddlehead, Poetry Daily, Poetry Ireland, Gutter Magazine and have been broadcast on BBC Radio Ulster, anthologized in The White Page / An Bhileag Bhan: Twentieth Century Irish Women Poets and The Field Day Anthology of Irish Writing, Vol IV & V. A finalist for the Montreal International Poetry Prize, she has won the Arc Award of Awesomeness and her poems have been nominated for the 2020 National Magazine Award by Exile Magazine. She teaches creative writing at the University of Toronto where she won an Excellence in Teaching Award. A previous winner of the Toronto International Festival of Authors’ Poetry NOW, she leads their monthly book club and is also an interviewer for By the Lake Book Club.

Other titles by Catherine Graham

Her Red Hair Rises with the Wings of Insects

The Creativity and Resilience of Indigenous and Refugee-ed Peoples