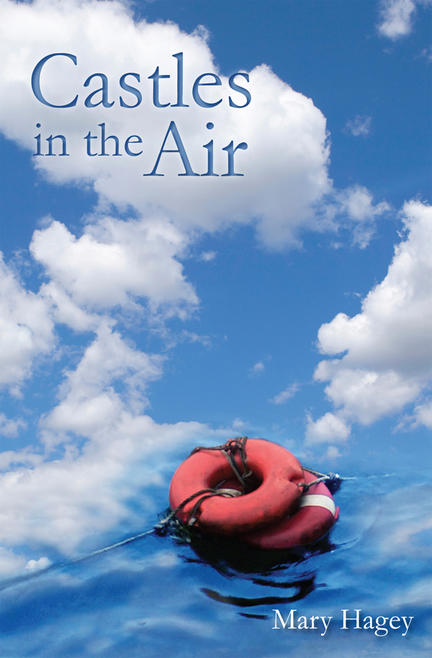 This debut short-story collection showcases Mary Hagey's uncanny ability to capture the essence of being human. These richly satisfying stories, told with wry humour, intelligence, and verve take us into fictional territory that is at once utterly original and as real as the world around us. These are people we know.

Some of them might have fared better in life if they'd had different parents perhaps, or married someone else, or worked at pleasing themselves instead of others, or if unforeseen circumstances hadn't tripped them up and held them back. But now they find themselves caught up in salvaging what's been lost or maintaining what seems to be slipping away. Whether it's a woman on a timely mission to reunite her dying mother with her estranged twin, or a man in a troubled marriage trying to comprehend his wife's mysterious grief when Princess Diana dies, or a dropout returning to school far from her Newfoundland home, these characters persevere in ways that illustrate the fundamental courage required of all of us. As they grapple with their situations and try to assert themselves in their lives, they -- and the reader -- come to regard their circumstances in a new light, and sense a quiet unfolding of truth.

Mary Hagey grew up on a dairy farm in Southern Ontario near Cambridge and Kitchener-Waterloo. A long-time resident of Montreal, she attended Concordia University, majoring in studio art with a minor in creative writing. She has worked as a personal support worker, a housepainter, a clerk in retail books, a copywriter for a mail-order house, an English composition instructor at Concordia and an art instructor at McGill’s summer school for gifted children. She received her M.A. in English in 1994 while employed as a travel companion, a job that allowed her to see the world. Her work has been published PRISM International, Matrix, Grain, The New Quarterly, Room of One’s Own, Descant, and Rhubarb. Her writing has been nominated for the Journey Prize, the National Magazine Award, The Western Magazine Award, and a work of creative non-fiction was short-listed for the CBC Literary Award.

Excerpt: Castles in the Air (by (author) Mary Hagey)

I know what Phil means, Gran ventures. "There's just something about it..." She explains that it wasn't until she realised just how much enjoyment Cecil got from planning and keeping busy that she was able to give the go-ahead on her place.

There's something about this little speech of hers, the helpless flutter of her hands, that reminds Phil of when they first arrived, his mother's lapse into embarrassment when enumerating all the changes. She hadn't wanted such an extensive overhaul, he would bet on it. Cecil had had his way. There's no question the man has money and skills, but it seems to Phil that this self-proclaimed man of action is about as adrift as anyone could be.

Vera -- enunciating each word carefully -- tells Cecil that she thinks it's just marvellous that some men are so productive. She describes her house, the crazy layout, ramshackle porch, the outdated plumbing, tells him the place could sure use some TLC. "But couldn't we all?" she giggles, whisking her hair back from her flushed and glowing face. It's hard to believe she's the same person Phil brought to Gran's.

Cecil asks her if the wall between the dining room and living room is a load-bearing wall, and when she shrugs he says, "Phil, is the wall..."

"Oh, he wouldn't know," she tells him, laughing.

Phil studies Gran's ceiling, the broad swirls in the plaster that, he supposes, his wife and daughter will want on their own living room ceiling. "None of this is for sure yet," he says, but Vera's enthusiasm isn't at all deflated, such is her faith in Cecil.

"You'll have to excuse me for a bit," Gran says rising. "I'm just going to go and get a head start on dinner."

Behind closed eyes, Phil climbs the tree of his childhood, looks across to the far shore, the real world where he's lived all these many years. Along the bank, alligators bask in the sun. One of them smiles at him and slides into the shadows. He lets his mind drift south to Cecil's wife in Vermont, a woman dead to her husband's whereabouts -- unless she's lying there fully conscious of the wreckage that is her life. From the woman's bedside, Phil hears Vera drumming her nails on the sofa arm. "This is what he does," she says to Cecil. "Even with things really looking up for a change, he sleeps. ...Phil, Phil, are you with us? See what I mean? He's drifted off to fantasy land again. My god, the ideas he comes up with for employment! An animal bed and breakfast, for Christsake. All of them just...castles in the air."

Reading Mary Hagey's thoroughly enjoyable debut collection of short stories is much like having a long conversation with a good friend over coffee, delving into and sharing the ups and downs of life and the problems we all grapple with daily. Most of the main characters in this collection of 11 stories are women. They are women we can relate to, who seem real, familiar and above all human. Hagey's characters also have depth, and it is in the slow unfolding of conversation that the nuances of her characters are revealed in all their rich complexity.