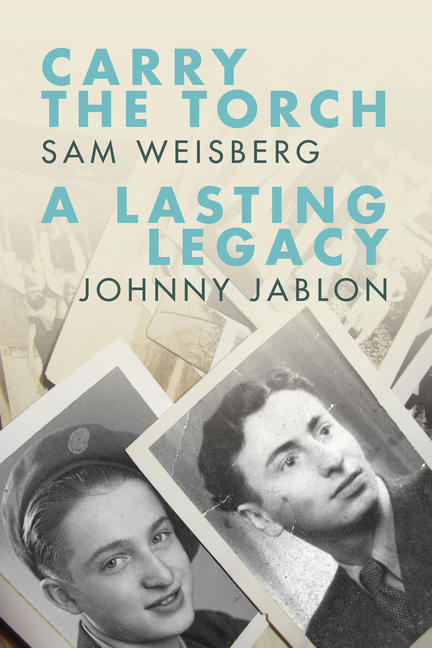 In the Krakow-Plaszow forced labour camp, both Johnny and Sam quickly learn of the brutality of the new commandant, Amon Göth. At sixteen years old, both feel like they are walking a tightrope, where one wrong move can make them the target of Göth’s unpredictable volatility. Carry the Torch and A Lasting Legacy are the different yet parallel stories of two men who, as the sole survivors of their immediate families, must find their own way after the war and decide whether to keep their histories in the past.

Sam Weisberg (né Avraham Gajer) was born in Chorzów, Poland, in 1927. After liberation, Sam lived in the Bergen-Belsen displaced persons (DP) camp, where he met his wife, Rosa. They immigrated to Toronto in 1959. Sam Weisberg passed away in 2019.

Johnny (Ephroim) Jablon (né Jan Rothbaum) was born in Krakow, Poland, in 1927. After the war, Johnny lived in the Bindermichl DP camp in Austria. In 1948, as a war orphan, he immigrated to Montreal, where he still lives.