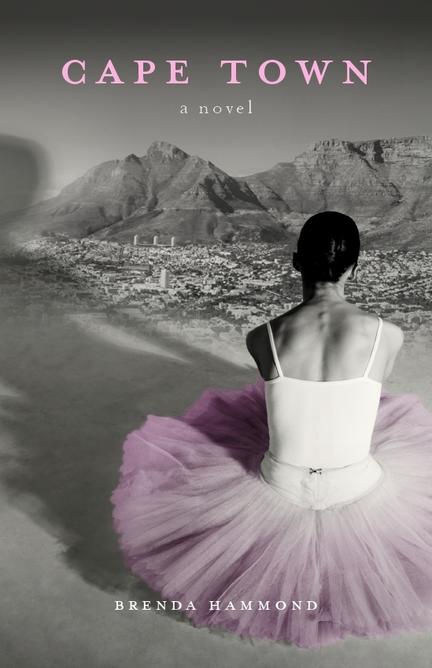 In 1989, South Africa is on the brink of dramatic change. Oblivious and unaffected, Renee Pretorius, daughter of strict Afrikaans parents, leaves her beloved Karoo farm in order to pursue her dream to study ballet at the University of Cape Town.

Plunged into the turmoil of life in a city gripped by the struggle for freedom, Renee begins to understand the horrific impact of the apartheid system, and the racial prejudices she never questioned while growing up. When Renee falls in love with a student activist, she's forced to make the most heart-wrenching choice of her life.

Brenda Hammond left her birthplace in South Africa to study dance at the Royal Ballet School in London. She currently lives in Ottawa.

"Brenda Hammond's writing is visual and sensual, which is oh so appropriate for a novel about ballet and about an exotic locale." - Marsha Skrypuch

". . . Cape Town persuasively takes a monumental issue and packages it in a story of undeniable passion." - CanLit for Little Canadians

"a poignant, coming of age novel about a young girl in a troubled time." - LibrisNotes

It’s 1989, and South Africa is on the brink of dramatic, political change when Renee Pretorius leaves her Karoo farm and her strict Afrikaans parents to pursue her dream of studying ballet at the University of Cape Town. As Renee is plunged into the tumultuous life of a city fighting for freedom, she starts to comprehend the apartheid system’s horrendous impact and the racial prejudice. However, it’s only when Renee falls in love with a student activist that she’s forced to make the most heart-breaking decision of her life.

In her first young adult novel, Brenda Hammond beautifully depicts the growth of a naïve 17-year-old girl, who has never doubted the Afrikaans values of her family, into a young woman who questions everything she’s ever held dear. Hammond portrays the parallel tensions within Renee’s heart/mind and the city in which she lives perfectly, demonstrating how the main character’s personal experience reflects the political landscape of the time. This authorial decision creates a character in Renee who is believable and imparts a literary feel to the novel.

Although it begins slowly in comparison with other YA novels because of Hammond’s lush descriptions, the pace improves the further into the political and romance storylines the reader gets. Cape Town’s themes and writing style will appeal to teen girls and adult readers of historical YA and would also make a great discussion point for English and History courses covering the South African Apartheid laws and the resistance to them or the theme of racial segregation.

It’s 1989, and South Africa is on the brink of a dramatic change. Having lived on her beloved farm all her life, Renee is oblivious to the struggles occurring in South Africa until she moves to Cape Town to study ballet. As she begins to understand the impact of apartheid and the racial prejudices she accepted growing up, Renee is forced to make the most difficult choice of her life.

Other titles by Brenda Hammond

AT YOUR SERVICE, JACK