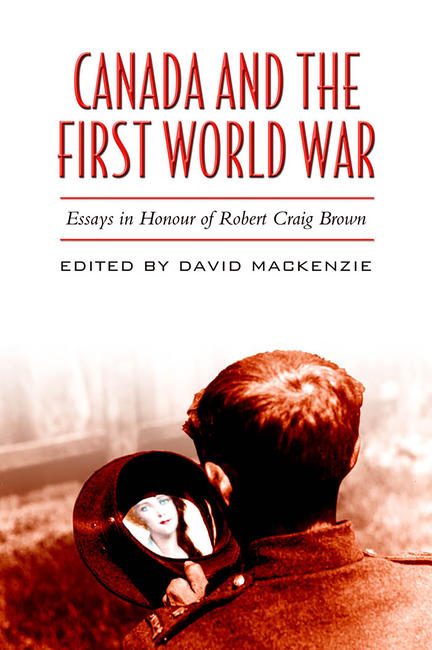 The First World War is often credited as being the event that gave Canada its own identity, distinct from that of Britain, France, and the United States. Less often noted, however, is that it was also the cause of a great deal of friction within Canadian society. The fifteen essays contained in Canada and the First World War examine how Canadians experienced the war and how their experiences were shaped by region, politics, gender, class, and nationalism.

Editor David MacKenzie has brought together some of the leading voices in Canadian history to take in-depth looks into the tensions and fractures the war caused and to address the way some attitudes and perceptions about the country were changed while others remained the same. The essays vary in scope, but are strongly unified so as to create a collection that treats its subject in a complete and comprehensive manner.

Canada and the First World War is a tribute to esteemed University of Toronto historian Robert Craig Brown, one of Canada's greatest authorities on World War One, and the contributors include a cross-section of his friends, colleagues, contemporaries, and former students. Together, they provide a fitting tribute to a scholar who has contributed greatly to Canadians' understanding of their past. The collection is a significant contribution to the on-going re-examination of Canada's experiences in war.

David MacKenzie is a professor of history at Ryerson University and the author of several books on Canadian history and international relations. He is also the editor of Canada and the First World War. He lives in Toronto.

Other titles by David MacKenzie

The Decisive Election that Shaped the Country

A World Beyond Borders

An Introduction to the History of International Organizations

A History of the International Civil Aviation Organization

Inside the Atlantic Triangle

Canada and the Entrance of Newfoundland into Confederation 1939-1949