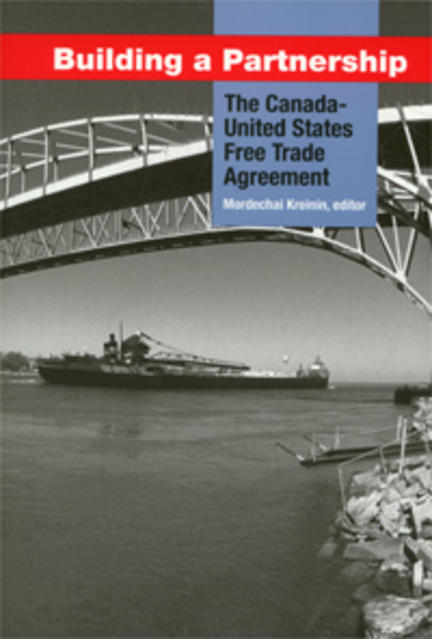 Derek H. Burney, senior strategic advisor of Norton Rose Fulbright, served as chief of staff to Brian Mulroney (1987-89) and as Canada's ambassador to the United States (1989-93).

Michael Hart is Simon Reisman Chair in Trade Policy, Norman Paterson School of International Affairs, Carleton University. A former trade official in Canada's Department of Foreign Affairs and International Trade, he was the founding director of Carleton's Centre for Trade Policy and Law and is the author of numerous books and articles on international trade issues.

Raised in Winnipeg, educated at the finest schools and possessed of a mind that is acute, quick, thoughtful, and deep, Dr. Sylvia Ostry has been a senior public servant, an international advisor, an acclaimed scholar, and a prolific writer. She has participated in some of the most important economic gatherings of our time and deserves no small amount of the credit for their achievements. She teaches and writes, researches and advises Canadian and international organizations about where the world is headed and how that could or should change.

Other titles by James A. Baker

by (author) Fen Osler Hampson
foreword by James A. Baker

Other titles by Derek H. Burney

Shaping Our Destiny in a Precarious World

Meeting the Challenge of a Changing World

Other titles by Richard G. Lipsey

Economics for Business and Management

Other titles by Michael Hart

Inside the Canada-US Free-Trade Negotiations

From Pride to Influence

Lessons from Arms Control, Trade, and the Environment

Other titles by Sylvia Ostry

Citizens, Markets, and Governments in a Changing World

At the Global Crossroads