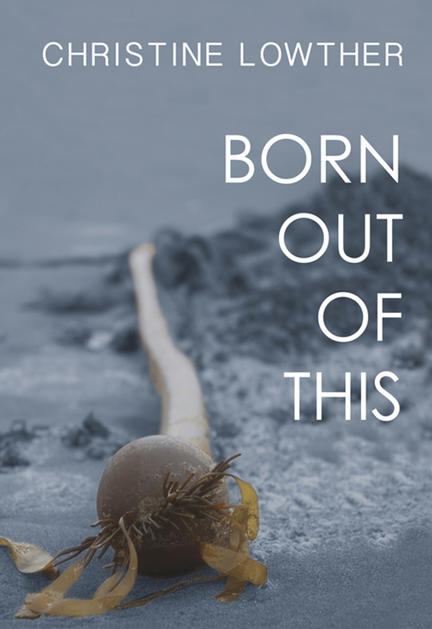 Born Out of This follows Christine Lowther’s journey from the unutterable loss of her mother to the discovery of her own poetic voice through deep reflection and her intimate connection to the coastal rainforest. She looks back on her mother’s poetry and activism. She recalls the day the police arrested her father, and the indifferent beauty surrounding that life-changing moment.

Tumbling through the years that follow, Lowther searches for her own identity—foster homes, punk rock concerts, activism and wanderings in Europe fill her hours but leave her searching. Ultimately she is drawn back to the forests and coast of her home.

With remarkable poetic vision, Lowther weaves her words and her mother’s poetry into the landscape, until language and land are inseparable. She describes the waning days of spawning salmon: “barely submerged, the dark grey still-living move slowly among the dead, except for sudden splashes, bursts of energy, pinnacles of desperation.” Nothing is simple in this dense, temperate jungle, and even this routine tragedy renews: “This landscape of gore nourishes and fertilizes the trees and berry bushes.”

With over twenty years of poetic devotion to Clayoquot Sound, Christine Lowther entrances readers through the stunning vividness of her writing, profound reflections on our place in the natural world and its ultimate indifference to us: “We … humans stand between forest and ocean like acupuncture needles, feeling the world pulsing with its endless cycles.” Steeped in the immense beauty of the coastal rainforest, this indifference is strangely reassuring.

Christine Lowther has been a lifelong activist and a resident of Clayoquot Sound since 1992. She is the co-editor of two collections of essays, Living Artfully: Reflections from the Far West Coast (The Key Publishing House, 2012) and Writing the West Coast: In Love with Place (Ronsdale Press, 2008), and the author of three books of poetry, My Nature (Leaf Press, 2010), Half-Blood Poems (Zossima Press, 2011) and New Power (Broken Jaw Press, 1999). Most recently, several of her poems appear in Force Field: 77 Women Poets of British Columbia (Mother Tongue, 2013).

Canadian rural-dweller Christine Lowther presents a quieter, localized, and deeply introspective persona over the 23 essays of Born Out of This. If a footprint, she’d strive to make the least destructive impression. Even when roving across Europe, the narrating voice feels inward, soft-spoken and finely attuned to the nuance of place.

Other titles by Christine Lowther

In Love with Place