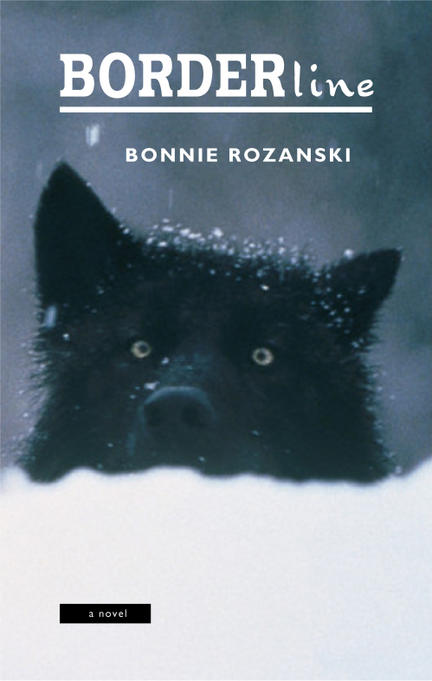 Borderline is a skewed coming-of-age story of a normal boy in a crazy world -- a fast-paced world of high-tech gismos, global air travel and antibiotics, a world in which high schools have replaced cafeterias with fast food counters and the scourges of autism, asthma, allergies, diabetes and obesity are the norm.

Bonnie Rozanski currently resides in New Jersey, but has lived all over the United States and Canada. She has degrees from the University of Pennsylvania, Adelphi University (Garden City, Long Island) and the University of Guelph, and worked in both academia and business before deciding to return to her first love, writing. She has written several books in which scientific issues inform the plots, as well as two prize-winning plays.

'Bonnie displays a pure grasp of the way kids talk, the veering from cutting remarks to astounded joy, the relentless pursuit of stimulation and impatience with anything they find ''stupid.'' Which are most things, and people. The way they share secrets, make unspoken treaties, and how when things get really tough, they find out, for better or worse, who can be depended on, and learn to forgive, and to let go. There is, familiar to all, an adolescent's near-constant state of embarrassment at having to breathe the same air as their parents. And conversely, there's the competition for affection and attention within a family, and not just with the kids, as individual's needs push and pull them toward and away from each other, of course in the case of Guy's family, exacerbated by his little brother's autism. Much of the emotional punch of this book comes from experiencing along with Guy and his mom and dad the ebb and flow of their relating to Austin, their autistic son.'

'Borderline is a book that works on so many levels that it is almost unclassifiable. It is a genuinely warm, tender, humorous coming of age story while at the same time being a novel that is smart, informative and illuminating in the fields of genetics, autism as an increasingly proliferating condition, fast food and obesity as national crises, and the overemphasis of pill-popping for invented childhood and adult disorders. Sounds like too much information to compress into one book? Not in the deft hands of author Bonnie Rozanski! For all of the intelligent and interesting information the book contains, the story itself is an amazingly fresh novel, written with great style and sensitivity, a novel than will appeal to just about everyone no matter the age group.'

'Bonnie Rozanski's Borderline reminds me of Rules by Cynthia Lord which was a Newberry Honor Book. Both deal with a teen whose sibling is autistic. Both do an excellent job of portraying the anguish and anger the normal sibling experiences as well as how the experience sharpens their insights into what emotions and coping mechanisms drive others.

'Borderline explores new, edgier territory and does it excellently. I read it in less than three hours and found myself immersed and totally engaged. Rozanski weaves dietary, health and hereditary issues seamlessly into the story, creating a literary ride that will easily engage both teens and adults. It is a great book for both public and school libraries as well as for anyone who likes a well-written and fast-paced story about families dealing with difficult issues.'

'A brilliant coming-of-age story, Borderline portrays an overwhelmed older brother, an over-ignored son, and a determined caregiver in the form of Guy Ritter. And as if a teacher who has it out for you, a best friend who won't stop eating and a temperamental semi-girlfriend isn't enough, Guy's also been dealing with his ''austinistic'' brother for way too long. And all that bulk has a lot of stress piggy-backed onto it. What can a thirteen-year-old kid do when his best friend's father's fast food feasting becomes perilous? And what will the utterly impulsive Guy do when he comes across the majestic experiment animal that soon becomes his best friend? And what about his brother's controversial treatment? And most of all, can one child really deal with all that?'

Other titles by Bonnie Rozanski