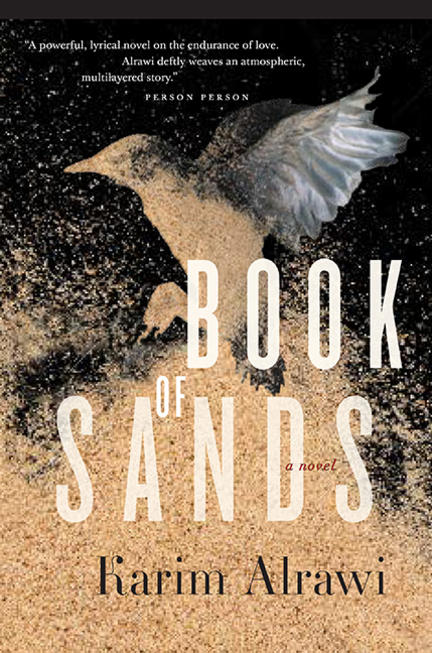 This powerful, lyrical novel of the endurance of love is set amid the upheaval of the Arab Spring and the brutal repression of a totalitarian regime. Tarek, a young father, watches as the city he lives in is mired in protests, hemmed in by barricades and strangely inundated by great flocks of birds. Facing the threat of police arrest, he flees with his nine-year-old daughter, Neda. He is forced to leave behind his pregnant wife, Mona, under the watchful eye of Omar, her deeply troubled and religious brother. Compounding the difficulties of these times, babies refuse to be born and mothers stop giving birth.

As Tarek and Nada journey through villages razed by conflict towards a mountain refuge, they meet with fellow travellers from Tarek’s past and his time as a political prisoner. The reunion reveals secrets that Tarek must come to terms with for his own and Neda’s sake. Ultimately, he must decide where this journey will take them and if he will ever be able to return home again.

KARIM ALRAWI was born in Alexandria, Egypt. He went to school in England and after graduation he worked as a writer at several theatres including the Royal Court Theatre and the Theatre Royal Stratford East. Returning to Egypt he taught in the theatre department of the American University in Cairo. After his plays were banned by the Egyptian state censor, he became active in the newly formed Egyptian Organization for Human Rights. This eventually led to his arrest and interrogation by state security officers.

After re-joining his family in Canada he taught at the University of Victoria and later was a resident writer at theatres in the US. After a period as editor-in-chief of Arabica, a cultural and current affairs magazine for the Arab-American community, Alrawi supervised aid and development projects (funded by USAID and CIDA) in North Africa and South Asia. He was in the Middle East during the 2011 Arab uprisings.

He has an MFA in creative writing from the University of British Columbia and was an International Writing Fellow at the University of Iowa. Book of Sands is his first novel. It won the inaugural HarperCollins/UBC Prize for Best New Fiction.

“Absorbing. . . .Alrawi’s writing is lyrical and intricate; the evocation of a grimy Arab city suffocated by pollution and corruption very real.”

Other titles by Karim Alrawi

The Mouse Who Saved Egypt

The Girl Who Lost Her Smile