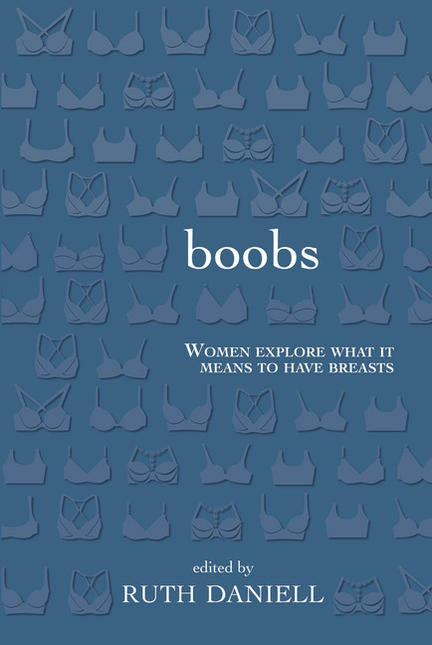 At turns heartbreaking and hilarious, BOOBS is a diverse collection of stories about the burdens, expectations and pleasures of having breasts. From the agony of puberty and angst of adolescence to the anxiety of aging, these stories and poems go beyond the usual images of breasts found in fashion magazines and movie posters, instead offering dynamic and honest portraits of desire, acceptance and the desire for acceptance.

Surrounded by flat-chested co-workers in a male-dominated construction crew, a woman finds pleasure in admiring her body with the occasional glimpse in a window. A new mother in a new city overcomes a sense of isolation through her experience of breastfeeding her son. Breastfeeding plays a role in another's story when, after identifying as gender non-binary and relaxing into an ambivalent relationship to her breasts, she becomes a parent. In another story, a young woman makes the decision to undergo breast-reduction surgery and appreciates a new sense of ownership and love of her body. A survivor of sexual assault shares her story of shame and healing and how she simultaneously began to recognize she has more to offer the world than her body and began to really, truly love her big breasts. One writer declares that we should "stand up for breasts ... playful and shameless as puppies."

With startling and moving work from critically acclaimed writers including Lorna Crozier, Nancy Lee and Kate Braid, as well as new voices, these stories are passionate, determined, defiant and funny, and - perhaps most importantly - they look honestly and unflinchingly at both sadness and joy.

Ruth Daniell is an award-winning writer and a former professional bra fit consultant who currently lives and writes in Vancouver, where she teaches speech arts and writing at the Bolton Academy of Spoken Arts. She is also the founder and organizer of a literary reading series called Swoon, which focuses on discovering new and innovative work about love and desire. She holds a BA (Honours) in English literature and writing from the University of Victoria and an MFA in creative writing from the University of British Columbia. Her poems and stories have appeared or are forthcoming in various journals across North America and online, including The MALAHAT REVIEW, ROOM, GRAIN, CONTEMPORARY VERSE 2, PLENITUDE and ARC.

Other titles by Ruth Daniell

BC Books from the North/Northeast

Poetry Books from BC

A recommended reading list by the editor of BIG: Stories About Life in Plus-Sized Bodies