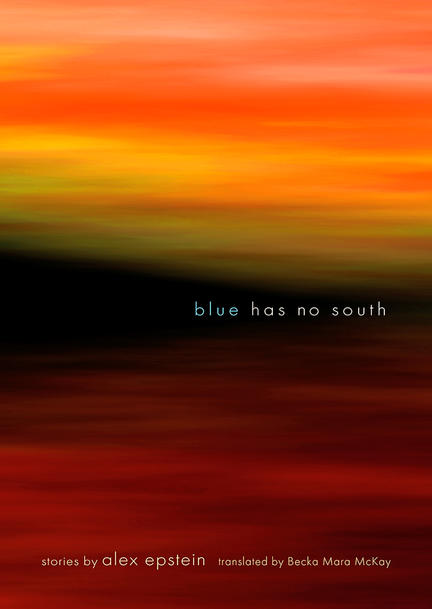 ““Their love story ended many years ago. He still writes her name as a solution to crossword puzzle clues of suitable length.” Alex Epstein’s miniature stories are indeed love stories, puzzles, stray clues to puzzles he never finishes, the beginnings or ends of philosophical treatises, parables, jokes, modernized legends, or perhaps a vivid handful of images thrown together, then allowed to disperse. This is a form of which he has been hailed as a master, a form as singular and intricate as a collection of fingerprints. His stories are populated by angels, chess players, mythical figures, Walter Benjamin, Franz Kafka, lovers young and old, writers of disappearing languages; they are set in airports, trains, the sites of legends, hotels, bookstores in countries that no longer exist, dreams. In each, Epstein draws precisely the smallest possible world, and revels in the great possibilities of a single sentence.

"The title gives a strong indication of what to expect from this flash fiction collection from Israeli author Epstein. With more than 100 short-short stories (many no longer than a few lines), there's a frenetic buzz of activity, with recurring themes including chess, mythology, rain, angels, suicide, animals, muses, time machines, tragic love, aging, and painting, all sewn together in a Borges-meets-Kafka style. Some pieces slip into metanarrative, as with "Gibraltar, a Love Story," a brief bit in which the author comments on the flaws in his tale about an elephant escaped from a zoo. Other pieces don't tell stories at all, such as "The Flawed Symmetry of Romeo and Juliet," which offers a critique of "the only lovers who see each other dead." Often it isn't the scraps of story that make the pieces work as much as the poetic language, as in a story involving the murder of a chess-playing writer. These deceptively simple snapshots certainly can deliver on a fast reading, but slow, close attention reveals layers of thought and complexity."

Other titles by Alex Epstein