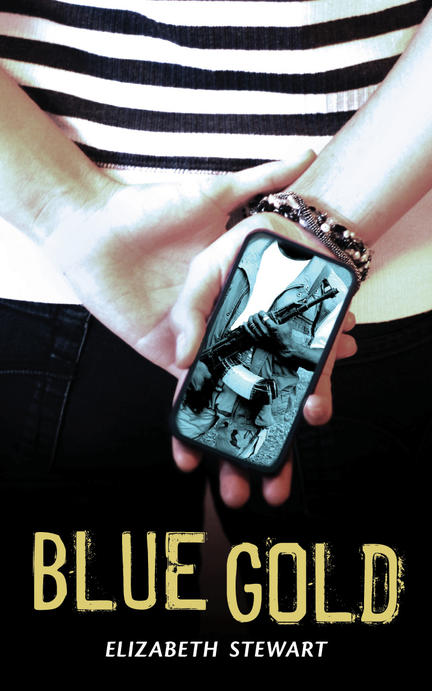 Coltan, or “blue gold,” is a rare mineral used in making cell phones and computers. Across continents, the lives of three teen girls are affected by the “blue gold” trade.

Sylvie’s family had to lee the Democratic Republic of the Congo after her father was killed by a rogue militia gang in the conlict for control of coltan. The refugee camp where she now lives is deplorable, and Sylvie yearns for a way out—to save not only herself, but her remaining family.

Laiping labors in a Chinese factory, soldering components for cell phones. She had left her small village to make her fortune, but the factory conditions are crushing, and the constant pressure to send money home adds to her misery. Yet when Laiping tries to improve her situation, she sees what happens to those who dare question the electronics company’s policies.

Fiona is a North American girl who, in one thoughtless moment, takes a picture on her cell phone she comes to regret. In the aftermath, she learns not only about trust and being true to oneself, but the importance of ighting for what is right.

All three teens are unexpectedly linked by these events.

Elizabeth Stewart conducted extensive research to authentically capture the experiences of all three girls. The result is an intense and powerful story about their struggles to create better lives for themselves in the face of the world’s increasing appetite for coltan.

Elizabeth Stewart writes for film, television, and the internet. Her novel, The Lynching of Louie Sam, received much acclaim, including the International Reading Association's Notable Books for a Global Society 2013 award. She lives in Vancouver, British Columbia.

Other titles by Elizabeth Stewart