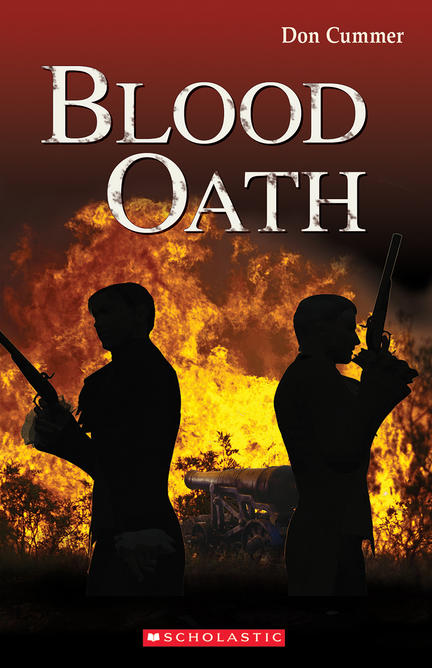 After avoiding the gallows and fleeing to the United States, Eli returns to Newark when the American Army attacks Fort George. If he is captured again, he will hang, but his return exposes Jacob to possible charges of treason as well—for helping Eli escape. Two people learn their secret: their two enemies, William and Henry. Eli has scores to settle with them. Can he silence them forever —with pistols at dawn?

Set in the battles of Stoney Creek and Beaver Dams —a period when Canada came closest to losing the War of 1812.

DON CUMMER was born and raised in Calgary, Alberta, but now makes his home in Ottawa, Ontario, where he is a professional speechwriter. His short story “The Burying Grounds” won The Writers’ Union of Canada Writing for Children Competition in 2012. Brothers at War was his first novel in a planned trilogy.

Praise for Brothers at War:

“ . . . an ebb and pull of loyalties and intrigue. Cummer has captured the historical essence perfectly.” —CM

“Readers gain an excellent understanding of the politics and events leading up to the war . . . The issues at hand are far from black-and-white, and Cummer doesn’t oversimplify or sugar-coat these problems.” —Canadian Children’s Book News

"An exciting historical tale . . . The reader will feel invested in the characters and enjoy the rise and fall of tension as the story progresses through an ebb and pull of loyalties and intrigue." —CM

Other titles by Don Cummer