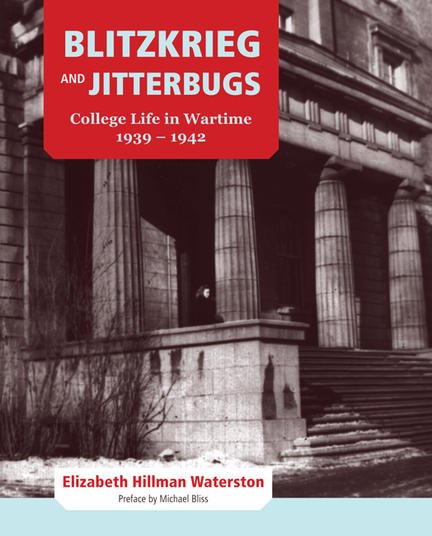 Elizabeth Hillman enrolled at McGill University the week World War II began. As a freshman writing for the McGill Daily, she covered torchlight football parades and dances at the Ritz Carleton hotel while elsewhere the paper reported U-boats torpedoing convoys and war planes plummeting into the British channel.

Blitzkrieg and Jitterbugs draws on her journal entries, articles from the Daily, and headlines from the Montreal Gazette to paint a vivid picture of day-to-day life on campus, alongside the civilian wartime experience in Canada. Part memoir, part history, the book touches on important feminist issues of the day, provides historical detail on both McGill University and Canada's participation in World War II, and is punctuated with candid glimpses into both the social and intellectual aspects of university life during a three-year tenure at McGill.

Charmingly written with subtle ironies, Blitzkrieg and Jitterbugs includes photos collected from scrapbooks, albums, and the McGill archives to vividly highlight aspects of wartime life as experienced far from the battlefields.

Elizabeth Hillman Waterston, FR.SC, professor emeritus of English at the University of Guelph.

Other titles by Elizabeth Hillman Waterston

The Complete Journals of L.M. Montgomery