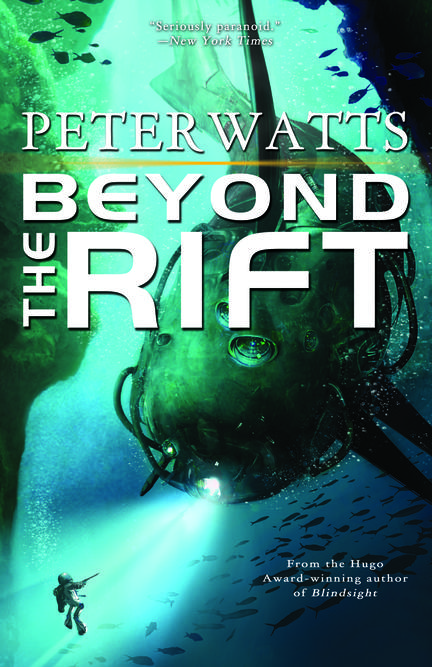 Skillfully combining complex science with finely executed prose, these edgy, award-winning tales explore the always-shifting border between the known and the alien.

The beauty and peril of technology and the passion and penalties of conviction merge in stories that are by turns dark, satiric, bold, and introspective. A seemingly humanized monster from John Carpenter’sThe Thing reveals the true villains in an Antarctic showdown. An artificial intelligence shields a biologically-enhanced prodigy from her overwhelmed parents. A deep-sea diver discovers that her true nature lies not within the confines of her mission but in the depths of her psyche. A court psychologist analyzes a psychotic graduate student who has learned to reprogram reality itself. A father tries to hold his broken family together in the wake of an ongoing assault by sentient rainstorms.

Gorgeously saturnine and exceptionally powerful, these collected fictions are both intensely thought-provoking and impossible to forget.

Peter Watts is a science-fiction writer and a marine-mammal biologist. He is the author of the Rifters trilogy (Starfish,Maelstrom, andBehemoth) as well asBlindsight,The Island and Other Stories, andTen Monkeys, Ten Minutes. He has received the Aurora, Hugo, and Shirley Jackson awards. Watts lives in Toronto.

Praise for Beyond the Rift

?Known for his pitch-black views on human nature, and a breathtaking ability to explore the weird side of evolution and animal behavior, Watts is one of those writers who gets into your brain and remains lodged there like an angry, sentient tumor.”
?io9.com(Fall 2013 Must-Read Pick)

"Despite a career of more than 20 years, Peter Watts has published only a handful of novels and a not much larger handful of stories, which nevertheless have given him a solid reputation as a sharp and incisive stylist with a rather tragic, if clear-eyed, view of human nature, and the capacity for some remarkable hard-SF inventions."
?Locus

"From the award-winning author of the Rifters trilogy (Starfish;Maelstrom;Behemoth) comes a collection that demonstrates Watts's skill with short fiction."
?Library Journal

?[T]here can be no denying Watts’s skills as a writer.”
?Publishers Weekly

"[A] sharp and incisive stylist with a rather tragic, if clear-eyed, view of human nature, and the capacity for some remarkable hard-SF inventions."
?Gene Wolfe,Locus

?5/5 Stars I’m not usually one for short story collections; normally I usually like one or two stories and then chuck the rest. But this one is freaking amazing. One story better than the next...It is far and away the best science fiction collection I’ve read in years.”
?Among the Wreckage

?A wonderful collection of unique stories,Beyond the Rift had all the cogs in my brain whirring at full power.”
?My Shelf Confessions

?...deep, daring, and deliberately thoughtful. He's an author who isn't afraid to stare off into the bleakness of space and ponder our own insignificance, but one who also isn't afraid to look inward and question the very core of what makes us human.”
?Beauty in Ruins

?Holding himself to a higher standard of storytelling, Watts uses the effects of mainstream sci-fi, yet continually aims at something deeper in humanity and society’s soul.”
?Speculiction

? [Beyond the Rift] was provocative and extremely well written. This is one of those collections that I think benefits from reflection after each story, and most of the stories will cry out for rereading in the future. Excellent collection - Very Highly Recommended.”
?She Walks Softly

?Watts ranges from huge-scale ideas ("The Island," with a living membrane surrounding a star) to the immediate (what if airport scanners grew sophisticated enough to detect even potential criminals, in "The Eyes of God")? He asks the questions that the best science fiction writers ask, but that the rest of us may be afraid to answer.”
?Chicago Tribune

?...one of the best short story collections I have ever read. Every story is engaging, interesting, and thought provoking.”
?The MT Void

Other titles by Peter Watts