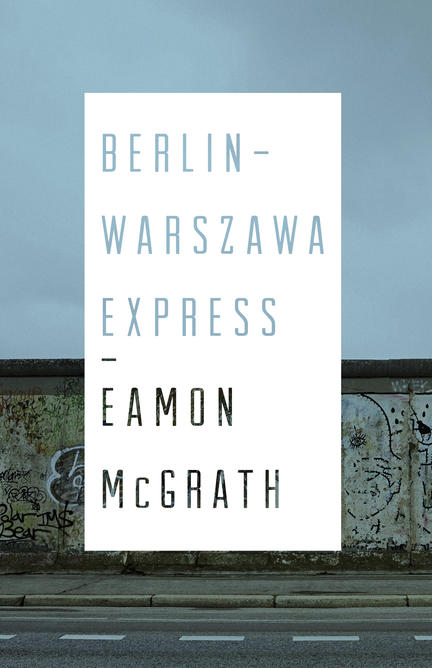 While touring Europe, Eamon McGrath wrestled with one of the biggest questions on the mind of any touring artist: should you suffer for your art? The pain and heartache that goes along with a working musician’s lifestyle must serve as a means to some kind of cathartic end, McGrath argues — otherwise that torment served no purpose. In Berlin-Warszawa Express, McGrath fictionalizes experiences from his life and the lives of his peers to seek out meaning and significance in the tumultuous and emotional experience of living on the road.

From boozy techno-fied weekends in Berlin, to punk squats in Prague, to the alleyways and barrooms of Vienna, McGrath chronicles the dramatic changes in emotion and culture occurring on both sides of the train window in this raucous debut.

With over 300 songs written and recorded, album of the year credits, multiple continent-spanning tours, Eamon McGrath has developed a body of work that could rival that of any artist 15 years his senior. This is the house that punk rock built: a fierce DIY attitude and constantly changing style has guided McGrath across the globe on countless tours, stories from which were cultivated in innumerable journal entries and song lyrics, eventually becoming the evocative and emotional journey that forms the backbone of Berlin-Warszawa Express. He is based in Toronto, Ontario.

“With all the redemptive, provocative and gritty poetry that flows so effortlessly through his songs, Eamon McGrath has turned his hand to the open page, where his notoriously old soul remains as inquisitive and outraged (and self-destructive) as ever. At once a profound, yearning love story to both the splendour and the dregs of old Europe, Berlin-Warszawa Express offers a booze-fueled, fly-on-the-wall assessment of the pitfalls and the triumphs of the perpetually touring musician, and the end result is simply a beautiful literary offering.” — Joel Thomas Hynes, author of Right Away Monday

“McGrath is not the kind of writer who tidies up after himself. This is a messy book about the messy life of a street-smart musician as he works his way across Europe. Expect broken teeth, blizzards, smashed vodka bottles and hangovers from hell. Beauty, too, in abundance. Whether he is looking inward to his own hopes and plans, or outward at the troubled Europe he is determined to comprehend, McGrath is a powerful observer. He tells the raw truth. An unforgettable read.” — Linda Goyette, award-winning author and journalist

“McGrath’s debut is a tight, vulnerable, trimmed-to-the-bone experience . . . a playlist of moments that define a life or story.” — Publishers Weekly

“Berlin-Warszawa Express expertly captures the life and mind-set of the starving artist, offering convincing proof that they are more fulfilled than we could ever imagine.” — Exclaim.ca