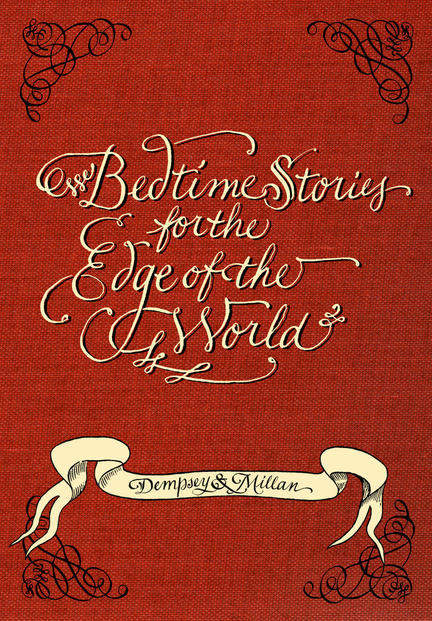 Into their re-imaginings of colonial North American myths, artists Shawna Dempsey and Lorri Millan have inserted women who question puritanical values of good and evil, right and wrong, and the sense of promise, space, resource, and opportunity that the so-called New World has traditionally implied. The eight short stories of this volume span the 18th, 19th and 20th centuries, exploring the distinctly North American fictions that justice and equality exist, that infinite growth is feasible and desirable, and that anything is possible. Pirate queens, inventrixes and sideshow performers stumble through tall tales usually reserved for Lone Rangers and Horatio Algers; plucky spinsters, religious zealots, deities and office workers challenge well-worn fables that continue to shape North America's notion of itself and its dreams for the future. These rollicking yarns of personal survival are set amidst shifting frontiers of power and possibility.

Performance artists Shawna Dempsey and Lorri Millan have toured internationally for over 25 years. Their films and videos have been screened in venues ranging from the Museum of Modern Art to women's centres in Sri Lanka, and include provocative, humerous works such as We're Talking Vulva and Lesbian National Parks and Services. Dempsey and Millan's site-specific installations have included the creation of talking heads for decapitated Greek sculptures in the Royal Ontario Museum (Archaeology and You) and a functioning midway, complete with rides and cotton candy, that closed the nexus of Canada's financial district, Bay Street (Wild Ride). Past publications include the Winnipeg Tarot Co. Tarot Deck, In The Life (a companion to the film A Day in the Life of a Bull-Dyke), and the Lesbian National Parks and Services Field Guide to North America. Winnipeg, Canada, the geographical centre of North America, is their chosen home.

Millan and Dempsey are nothing if not progressive, and their most recent work is a fine example of their ability to portray the, unfortunately, sexist reality that continues to permeate women's lives with a sense of humour. --Elizabeth Hopkins, Winnipeg Free Press

...once again shows Dempsey's and Millan's wit as they jab holes in the dominant culture, pointing out how much it has remained predominantly male and heterosexist.--Joy Parks, herizons

Other titles by Shawna Dempsey

Other titles by Lorri Millan