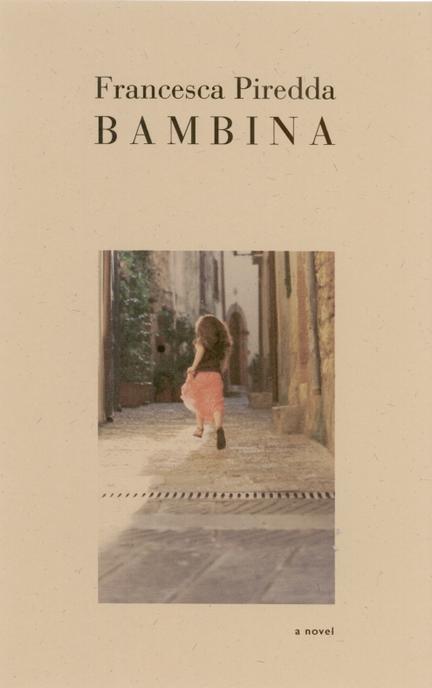 In this novel set in the Rome of the 1960s, young Eugenia observes her cosmopolitan parents living la dolce vita, and guides the reader through the splendour and the mishaps of a happy childhood.

Francesca Piredda grew up in Rome, of Italian and French-Canadian parents. In school, she followed both the French and the Italian curricula. At eighteen, she had her first job in film production, a career she pursued in Canada and Europe. She now works in communications, and lives in Ottawa.

'Eugenia's flights of precocity charm by their very effort to charm. I confess that, with 50 pages still to go, I could feel her charming the patience right out of me.

'Happily, things change. The closing chapter shifts us to a verdant summer in England, a maturing voice and a delicious entry to passion. Knowing our self-regarding princess so well, it's a pleasure to see her wrenched so tenderly out of herself.'

'A slight story of the narrator's (Eugenia's) summer vacation provides an ostensible frame for stream-of-consciousness ''reveries'' in which Eugenia reviews her life from early childhood to the present. One memory unfolds into another, creating both rich texture and disorientation. Topic headings such as ''At home, bored -- Genevieve -- Catalogue of the school's girls'' provide a much-needed directory to the numbered entries. In them, Eugenia records the minutiae of her daily life as the daughter of a well-off Italian father and a fashion-conscious Qu?b?cois mother who live in Rome. Eugenia's enthusiasm imbues the narration, whether she is describing her beloved island of Capri or her ''mayonnaise adoration'': ''It was the most attractive food in the world, connected with sandwiches for picnics and downtown tramezzini, the soft triangles of pleasure, the marvelous, irregular half-meals. . . . I would twist the top off and suck it in big long gulps.''

Keys to Piredda's aesthetic intentions appear throughout the novel. For instance, Eugenia attends a documentary film in which a Parisian costumer's definition of happiness deeply impresses her: ''the only thing I can do to be happy is create, 'create moments.' '' In her reveries, Eugenia strives to do the same. Piredda also winks at the reader in the essay question from a French exam: ''Explain and comment on this thought of Vigny: 'I can only read books, now, that make me work. On the rest of them, my thoughts slide like a plow on marble. I like to plough.' What enrichment has been brought to you by difficult books, no matter what the subject?'' Bambina itself joins the ranks of difficult books.... The difficulty for the reader of Bambina lies in maintaining the stamina for over two hundred pages of ''record[ed] thought'' unmoored from a larger narrative purpose. But again, a self-reflexive passage (in which Eugenia compares her way of thinking to that of her new boyfriend) justifies this free play of detail: ''It felt as if I was gaping at everything, and he was thinking of what he would do with all the things he gaped at.'' Contrary to utilitarian logic, Eugenia does not place what she relishes into the service of any agenda.'

'While it's a moot point whether these reveries really are based on the author's own life, they are so well drawn that they have the weight and feel of reality. The reveries are full of sharply observed detail, and delivered in a strong, appealing voice. In one that recalls Proust's famous madeleines, Eugenia describes an infatuation, at age 8, with mayonnaise. In the dark of night, she used to steal down to the family kitchen, open the Frigidaire and reach for the ''tube of Maionese Kraft. My prey. I would twist off the top and suck it in big long gulps. I think the spout was serrated, to make a pretty effect when decorating a dish. I swallowed serrated mayonnaise. Then, although nobody took the trouble to forbid stealing mayonnaise, I'd try to cover my tracks, plump the tube up, and feverishly twist the top back on the wrong way. I closed the door, which made an infernal racket, and returned, le coeur barbouill?, with a smeared heart, queasy, to bed where I dreamt such dreams as I could.'' '